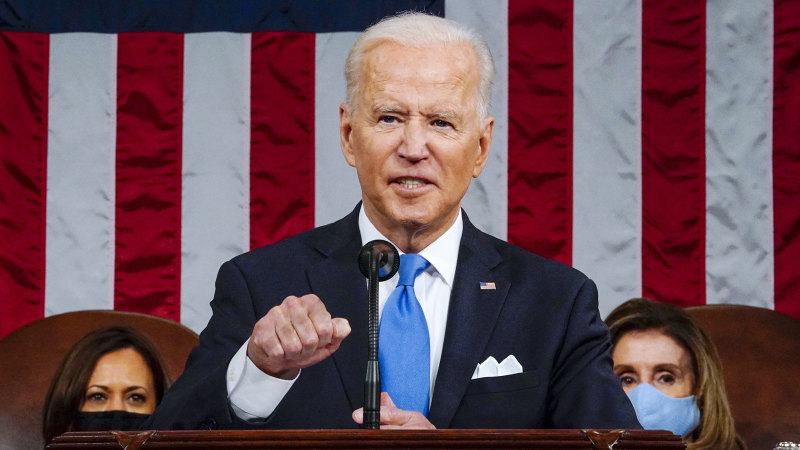 Joe Biden has embraced Nordic socialism with breathtaking speed and more than a hint of pietistic fervour, but there is nothing “un-American” about this Leftward lurch.

America has always had its socialist side, a communitarian idealism that began with the New England Puritans and the Pennsylvania Quakers. This ethic has been in a 400-year struggle against the primacy of property, the rival ideology of the planter oligarchy in the antebellum South. You could say that the two sides fought a civil war over the matter. 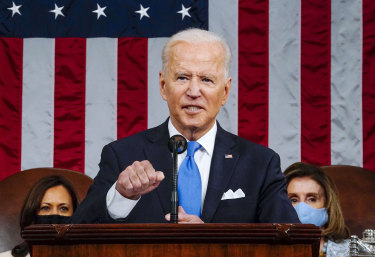 President Biden has unleashed his spending plans with breathtaking speed.Credit:AP

We all know the words of President Calvin Coolidge, who famously told newspaper editors in 1925 that “the chief business of the American people is business”. Less known is that this throwaway comment came during a moralistic pep-talk, where he exhorted the press to pursue a higher civilisational mission than profit.

Coolidge was America’s Margaret Thatcher, the pious son of a Vermont shopkeeper raised on the values of thrift, discipline, and hard work. And like Lady Thatcher’s misappropriated remark – “there’s no such thing as society” – his words have been twisted over time into caricature.

Not even the “Roaring Twenties” were quite what they seem.

America has long had a streak of Chinese-style state capitalism as well. Ever wonder where the internet came from, or GPS satellite navigation? They are spin-offs from the Defence Advanced Research Projects Agency (DARPA), created by Eisenhower to fight the Cold War after the Sputnik shock in 1957.

Or wonder why the US has so dominated the computer age? It has a lot to do with Sematech, the R&D consortium of Intel, Texas Instruments, and other semiconductor producers launched in 1988 together with the Pentagon.

Today’s variants are the battery cell alliance with the Argonne National Laboratory, or the Energy Department’s SunShot Initiative to accelerate solar technology. American economic dominance is underpinned by an elaborate nexus of laboratories, subsidised universities, and US research agencies.

Joe Biden brings both ideological threads together. His $US2 trillion ($2.6 trillion) infrastructure plan – actually the American Jobs Plan – is pitched in Cold War language as a quest for technological supremacy against China. It is muscular. General Eisenhower would recognise it at once.

But Biden’s determination to overthrow the new oligarchy before it destroys American democracy is equally a moral quest, and perhaps he is right to go for broke given the staggering inequalities that have been allowed to fester and have left so many people open to manipulation by a demagogue.

The real wages of non-supervisory workers peaked in 1973. The average chief executive of an S&P 500 company earns 357 times more, up from 20 times more half a century ago.

Joe Biden too is locking in middle America with child care and flexi-security, advertised as a means of raising productivity, and therefore a growth multiplier for the economy. These new entitlements are likely to prove irreversible.

Something has obviously gone wrong and it was crystallised with existential urgency when Trump’s mob stormed Capitol Hill on January 6, and 147 Republican congressmen voted to overthrow the election. Half measures hardly suffice after that.

On balance, you could argue that Biden has US history on his side. Barry Alan Shain argues in The Myth of American Individualism that the revolutionary leaders in the 1770s mostly cleaved to a Protestant collectivist ethic, taking it for granted that the public good counts more than individual property rights.

America’s Emmersonian mythology of self-reliance and rugged individualism was partly-manufactured in the 19th Century, with the fictional cowboy later recruited as the poster-boy of Manifest Destiny. Needless to say, the settlement of the West was in fact carried out by tight-knit, conformist communities – Germans, Swedes, Ulstermen – stiffened by the US cavalry.

Professor Heather Cox Richardson from Boston College takes a different line in her darkly pessimistic best-seller How the South Won the Civil War: Oligarchy, Democracy, and the Continuing Fight for the Soul of America. She argues that the slave planters exported their anti-Washington ideology of property rights to the West and regained control over the US government by means of a regional alliance – culminating in Ronald Reagan’s election in 1980.

I disagree. Neither side has prevailed. The pendulum has swung back and forth, the excesses of each era provoking a proportionate counter-reaction. Theodore Roosevelt’s Progressives smashed the robber baron monopolies of the “Gilded Age”.

Woodrow Wilson’s planned economy in the First World War was the first of the 20th century’s totalitarian systems, more extreme than Ludendorff’s Germany. Wilson took over the railroads, the telephones, and swathes of industry. He imposed price, profit, and wage controls, and shut down free speech.

The long years from 1933 to 1980 saw a flowering of American social democracy, starting with Franklin Roosevelt’s alphabet soup of new agencies that are still part of daily life today: social security, the FHA, FCC, SEC, FDIC, the FCA; even if his National Recovery Administration – loved and hated in equal measure – was dissolved after the Depression. 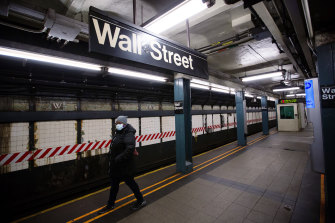 The average chief executive of an S&P 500 company earns 357 times more than the average employee, up from 20 times more half a century ago.Credit:Bloomberg

It was Eisenhower who pushed through the biggest public works project in US history: the interstate highway system. The top rate of income tax exceeded 90 per cent through most of the 1950s.

The egalitarian phase peaked with Lyndon Johnson’s “Great Society”, so much more than his war on poverty. He took care to broaden the political base with middle-class America entitlements, spearheaded by free Medicare for the over-65s, today hallowed and untouchable like Britain’s NHS.

Joe Biden too is locking in middle America with child care and flexi-security, advertised as a means of raising productivity, and therefore a growth multiplier for the economy. These new entitlements are likely to prove irreversible.

Furthermore, his $US6 trillion plan is an order of magnitude larger and more explosively front-loaded than anything Johnson did in the 1960s. He is ramming it through with a wafer-thin majority in Congress (unlike Johnson or FDR) by means of budget “reconciliation” – a misnomer if ever there was one. But having watched the Tea Party mangle Barack Obama’s proposals a decade ago, Biden gives no quarter this time.

The US budget deficit briefly touched 2.7 per cent of GDP in 1967 but was in surplus again by late 1968. The Biden deficit will be 13 per cent this year even though the output gap has been closed and the pre-pandemic trajectory will soon be overtaken.

Bidenomics is really a blend of Eisenhower’s industrial-technology complex and Roosevelt’s war economy, with pages ripped out of the New Deal for good measure. The $US100 billion plan for rural fast broadband is consciously modelled on FDR’s electrification of the Tennessee Valley.

Will it all bankrupt America? There is certainly a risk if the money leaks into transfers instead of being spent on productive investment or forms of education with an economic return – which do not include semesters on identity politics. But the status quo ante was not a viable course either.

America was already on the brink of bankruptcy on January 6 – political bankruptcy – and therefore emergency largesse became the new imperative. Donald Trump’s Putsch – and the collusion it elicited – has brought about the very socialism he so reviles. Poetic justice.