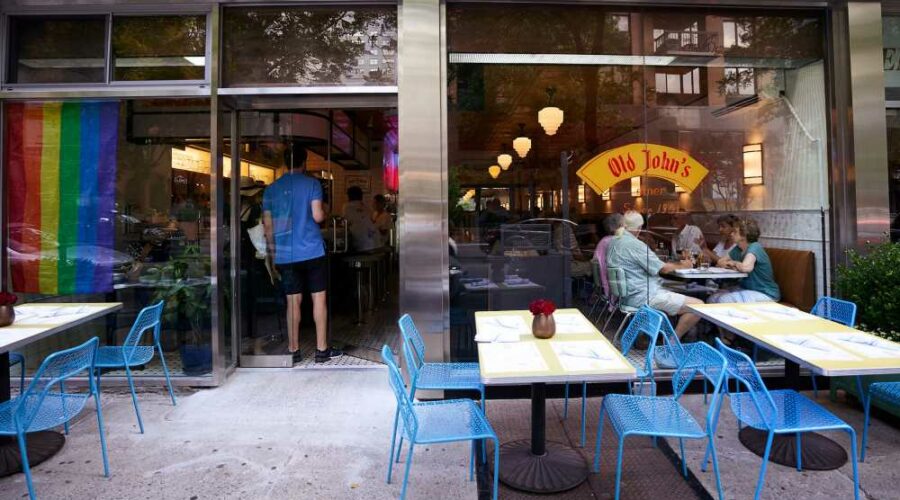 As the economy revs up, more beloved Big Apple restaurants that were left for dead stand to find enterprising proprietors willing to bring them back to life.

Take, for example, Old John’s Luncheonette — a cozy and classic dinner that’s fed hungry residents of Manhattan’s Upper West Side since the 1950s.

The old-school luncheonette was declared dead last fall after failing to bounce back from the pandemic. But it reopened just last week with a new look and updated menu — thanks to Louis Skibar of Toloache Restaurant Group.

Skibar is an experienced restaurateur with 10 eateries under his belt, including Toloache, Tacuba, El Fish Shack and Coppelia. But he got his start 37 years ago as a delivery boy and short order cook at none other than Old John’s, back when actor Kevin Kline used to breakfast there.

He’s reopened Old John’s with a new name — Old John’s Diner — and plans to open a chain of them from the Upper East Side to Greenwich Village.

“I love diner culture,” Skibar said. “Diners are great equalizers. They are part of the community they serve. Anyone can go to a diner and feel comfortable. It would be nice to see more of them come back — but they also need to serve really good food.”

Indeed, Skibar loves diners so much he already has his eyes on another beloved casual dining casualty of the pandemic: Odessa Restaurant.

“The Odessa is next on the list,” Skibar told Side Dish. “It reminds me of Old John’s. They both had an outpouring of support from the neighborhood when it closed. Diners are part of the city. If we can do something to preserve them — me or someone else — then we should. It’s a great thing.”

While Odessa’s owners and broker could not be reached for comment at press time, sources say other restaurateurs have also expressed interest and that a potential deal may already be in the works.

While not as old as Old John’s, Odessa has been feeding late-night revelers to the East Village since the early 1990s. Open 24 hours some nights, it served the Eastern European equivalent of diner food, like kielbasa and pierogies.

Like Old John’s, Odessa was declared dead as a result of the pandemic — closing last July ostensibly for renovations only to pop up for sale on Craigslist months later.

Over at Old John’s, Skibar has worked hard to maintain its old world charm while sprucing things up around the edges.

Menu favorites like waffles, meatloaf, chicken pot pie and egg creams are still on the menu. But Skibar has also brought on consulting chef Grayson Schmitz, and consulting pastry chef Tanya Ngangan to help beef up the menu.

The updates include saltine cracker crusted cod and homemade ice-cream with flavors like toasted coconut and roasted banana.

“I think it’s unfortunate that so many diners are closing, but a lot are mediocre and maybe that’s why. The feeling of nostalgia is there, but diners still have to deliver quality and provide really good food. We are very aware of this,” he said.

He’s also updated the diner’s look. He’s kept classic touches like the black-and-white mosaic marble floor, the tin ceiling and the Art Deco lighting. But he gave the outdated entranceway a clean new look, replacing the faded deep red vestibule that once greeted customers with a simple glass door.

Skibar worked at Old John’s from ages of 16 to 22, doing everything from deliveries to food prep to working behind the counter and as a short order cook.

Back when he started, in 1984, there weren’t even any tables in the diner — just counter service.

The diner, Skibar said, “had its own charm. There were just stools, no tables and chairs. It was very popular in the neighborhood. Everyone knows you, and you know what they like, and where they like to sit. It’s a nice feeling — and that essence is still there.”

By age 22, Skibar had “saved up enough money” to buy his first diner in Brooklyn.

That type of entrepreneurial success is still possible today, Skibar says. “It just takes a lot of 18 hour days. I love this city and I love restaurants— seeing happy customers and staff,” he said.