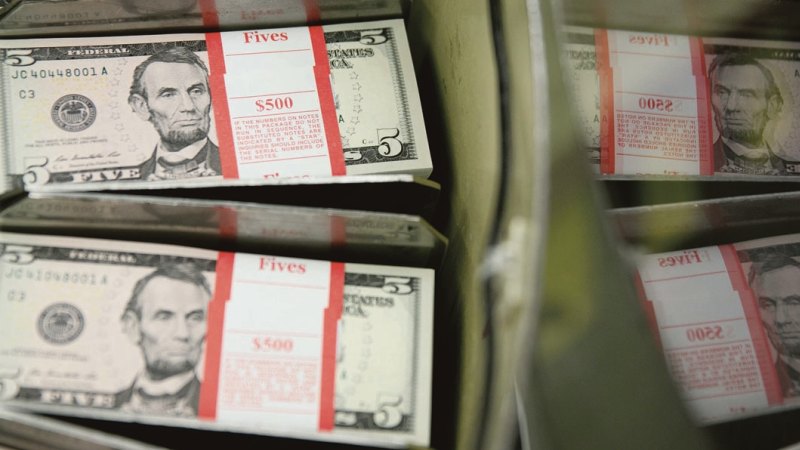 The world is in a monstrous fiscal bind. Countries can either keep spending beyond their means to repair the economic damage left by COVID-19; or they can try to bring their ballooning debts under control.

It is nigh impossible to do both, even if you enjoy America’s exorbitant privilege of issuing the world’s reserve currency. This is the impossible contradiction that runs through almost every page of this year’s Fiscal Monitor, the International Monetary Fund‘s health check on our collective solvency.

On the one hand, the IMF hints at austerity. It urges governments to head off the risk of runaway debt spirals before it is too late. On the other, it calls for more stimulus to prevent an economic relapse once the sugar rush from reopening has faded. 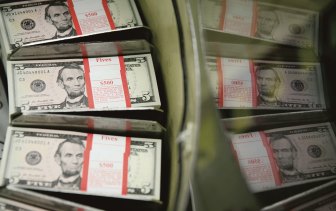 It says politicians would be “well-advised” to spend generously on social services and the poor in order to avert a breakdown of the democratic contract – meaning a 1930s lurch towards the hard Left and hard Right, or revolution at the edges.

So which is it to be? The IMF gamely proposes an Augustinian solution. Oh Lord, make me virtuous but not yet. Governments (those that can) should spend promiscuously at first to soak up post-COVID slack in the economy and to fund renewal, while also committing to retrenchment later with “credible medium-term fiscal frameworks”.

You could say that is exactly what the British government is doing. It has in principle created a rod for its back, enforced by the Office for Budget Responsibility. Principle is a fine thing.

I suspect that global debt ratios have passed a point of no return. At some juncture two or three big beasts will get into trouble at the same time and trouble will spread.

The IMF tries to square the policy circle by advocating investment in infrastructure projects with a fiscal multiplier of 1 to 2, meaning that they pay for themselves through higher GDP growth, and ultimately lower the debt ratio over time.

It is impeccable advice but the scale of global public debt is eye-watering. Solvency was already stretched by the Lehman crisis and the damaged decade that followed. The pandemic has since blown through like a fiscal hurricane. The IMF says it has cost governments $US16 trillion ($28.7 trillion) in lost revenue and rescue packages.

Sovereign debt ratios averaged 84 per cent in rich countries before COVID. They will approach 123 per cent of GDP by the time it is over. The US is heading for 135 per cent by mid-decade under Bidenomics.

These levels surpass all-time highs in the late 1940s before the London Conference restructured the deadweight debts of World War Two. They do not take into account debt guarantees extended liberally last year, especially in Italy.

Emerging markets have reached critical thresholds as well. This is not because they splashed out on stimulus or furloughs. Few dared risk such relief spending. Debt ratios have jumped because economies contracted.

They have hit 81 per cent in South Africa, 87 per cent in India, 93 per cent in Egypt, and 98 per cent in Brazil, where the Bolsonaro misadventure is nearing its denouement. These are unprecedented levels for their stage of economic development and market depth.

China too has blown the fiscal books. It ran a deficit of 11.4 per cent last year and will still be at 9.6 per cent this year. Declared public debt has jumped to almost 70 per cent of GDP, heading for 86 per cent by 2026.

What the ratio really is once you include the contingent liabilities of the financial system and the state-owned entities so pivotal to Communist Party control is anybody’s guess. China cannot go bankrupt since the Party controls the banks. But it can stagnate in a swamp of malinvestments.

Such a fate is highly likely given that total factor productivity in China has collapsed even faster over the last decade than it has in the West, and given that the working population is already contracting by 3.4 million every year as the demographic bust gathers pace.

Tight as a drum

So how close is the world to a cathartic debt restructuring? “We do not expect to enter into a public debt crisis in 2021, but there is a small margin for error,” said Citigroup.

For now, central banks are disguising the problem by soaking up treasury debt issuance, almost dollar for dollar. This has suppressed market signals. It is holding down borrowing costs. Citigroup warns that debt sustainability will look very different as soon as inflation starts to rise and central banks are forced to tighten.

It would be a miracle if US inflation did not rise. The US is pushing through $US4 trillion of stimulus just as the economy reopens, a gamble described by Keynesian high priest Larry Summers as the “most irresponsible fiscal policy in 40 years”. Job openings surged to 7.8 million in February and hourly earnings are rising at a 5 per cent clip. There is an incipient labour shortage. The US economy is as tight as a drum.

Sooner or later, there will have to be a partial jubilee to clear debts and reduce the burden on the millennial generation to tolerable levels. Creditors will have to take a haircut. The better the statecraft, the less traumatic it will be.

The reflation trade has already caused the most violent correction in 30-year US Treasuries since 1919. Vanguard’s long-term Treasury fund has fallen 19 per cent since August. This is a massacre for what is supposed to be a safe haven.

The Federal Reserve has calmed this bond tantrum but it cannot defy gravity for long. Futures markets are pricing in rate rises earlier than it wants. Should bond vigilantes conclude that the Fed is engaging in stealth debasement, they will take matters into their own hands and drive yields to levels that reflect the inflation risk.

Bank of America’s survey of fund managers suggest that the danger level for 10-year yields is 2 per cent. We are at 1.65 per cent. That is deemed the likely trigger for a global stock market sell-off.

I think that pain threshold is higher – perhaps 2.25 per cent to 2.50 per cent – but then debt ratios that look sustainable today will no longer be sustainable. The solvency calculus will change.

As the IMF makes clear, there is nowhere to hide. Emerging markets are in the firing line due to dollar debts and the “risk channel” of contagion. A sudden spike in US bond yields tightens policy for everybody. It hits Latin America, developing Asia, the Middle East, and Africa with a triple shock: higher borrowing costs, capital outflows, and falling currency, all potentially combining into a bad feedback loop.

Central banks cannot wave a magic wand and make national debts disappear, at least under the way they have conducted quantitative easing (QE) hitherto. They are not actually printing money, despite suggestions by the Fed and the Bank of England (when it suited them) that they were doing exactly that. It no longer suits them to convey this impression, so they are rowing back frantically.

The snag is that central banks pay commercial banks interest on reserves created as a by-product of QE bond purchases. As inflation revives and rates go up, this cost goes up too. It is passed on to national treasuries.

In extremis, central banks could tear up the rulebook, stop paying interest on reserves, and print in earnest, whether you call it helicopter money or fiscal dominance. Some may do exactly that when all else fails. But the first one to go that route will be punished mercilessly by the markets. Holding the line as long as possible is a better strategy for central banks.

I suspect that global debt ratios have passed a point of no return. At some juncture two or three big beasts will get into trouble at the same time and trouble will spread. The political structure of Europe’s monetary union and the Maastricht constraints mean that the European Central Bank cannot engage in a disguised bail-out of Club Med debts for much longer. Italy ultimately lacks a lender of last resort.

Sooner or later, there will have to be a partial jubilee to clear debts and reduce the burden on the millennial generation to tolerable levels. Creditors will have to take a haircut. The better the statecraft, the less traumatic it will be.

Debt restructuring is preferable to decades of austerity and primary budget surpluses in a self-defeating attempt to turn back the clock, as Britain attempted to do so stubbornly in the 1920s.