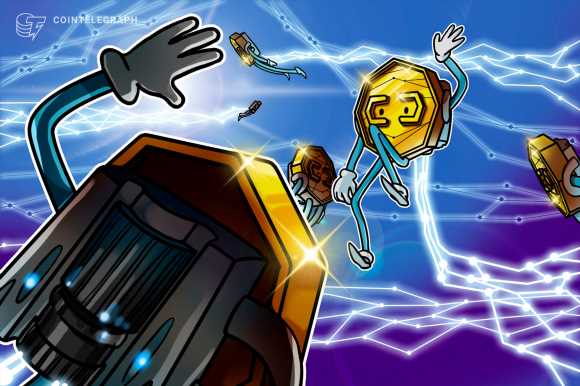 Despite Dogecoin retracing from its all-time highs above $0.70, dog tokens continue to attract astonishing levels of popularity, with DeFi “blue-chip” Yearn Finance emerging as arguably the most prominent team seeking to cash in on the canine meme coin craze with the launch of its WOOFY token.

But the YFI fans jumping in early may not have fully understood the coin’s utility which saw the price sail into the stratosphere.

Whisperings of the new project began to circulate on Twitter over the past 24 hours, with users associated with Yearn hinting at a new token called WUFFY. Rumors of an airdrop for users who posted a picture of themselves being licked a dog and tag Yearn developer “Banteg” saw a flood of face-lick photos uploaded to Twitter.

As is quickly becoming the norm for new releases from the Yearn team, fans in the community raced to purchase the new token before fully understanding its utility.

Despite WOOFY’s sole function being to offer a means to redenominate YFI holdings — with the Woofy Finance interface offering bi-directional YFI to WOOFY conversions at a ratio of 1:1 million, over-exuberant buyers pushed the price of WOOFY so high as to imply YFI’s to be $1.5 million per token.

Community sentiment appears divided regarding WOOFY, with Twitter user “BrotherMuozone” concluding that looking like “an unsavory attempt to milk vale out of the new suckers in the market,” adding the experiment actually comprises “a brilliantly timed and themed ‘unit bias a/b test’” offering insights into whether traders prefer tokens with a larger circulating supply and lower fiat price versus a low supply and high token price.

Although whether traders choose to hodl WOOFY or YFI is arbitrary, with traders’ preference for one token over the other having no impact on Yearn’s overall market cap, the introduction of WOOFY may reduce the volatility of YFI’s price by creating arbitrage opportunities between the two tokens.

As of this writing, WOOFY last changed hands for $0.09, implying a roughly 3% premium over YFI.

According to Dextools, nine of the top 10 most-viewed pairings on Uniswap V2 are dog tokens.