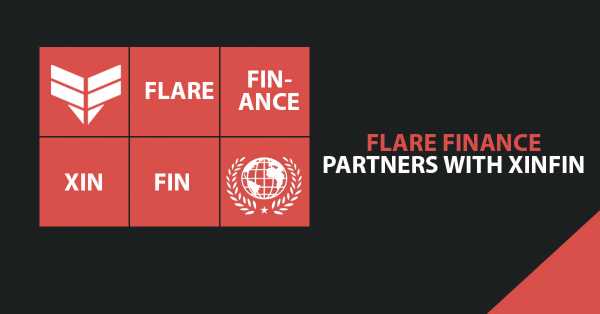 Flare Finance has confirmed that it will list XinFin Network’s XDC across all its products. This is being seen as one of the major announcements for the DeFi space in 2021. Flare Finance which is set to launch a month after Flare Network goes live will be the first DeFi platform on the Flare Network.

The addition of XDC to the supported protocols further increases the potential of Flare Finance. XinFin Network is an enterprise-ready hybrid blockchain for trade and finance. XDC is already being seen as a settlement token on the Corda ecosystem. Besides, XinFin Network has an average transaction time of less than 2 seconds and negligible gas fees.

XDC holders would be able to stake XDC to borrow stable coins using FlareLoan or they could earn variable interest in YFIN by leveraging FlareFarm, or participate in any of the products. Flare Finance has a complete range of products that could be useful for any community. Projects working on XinFin Network will also be able to utilise Flare Launch for the launch of new tokens and projects.

It is important to note that Flare Finance is not live yet and is expected to go live a month after Flare Network goes live. Even before its launch, Flare Finance is being seen as a potential candidate for the best DeFi platforms in the space. With a range of products and an exhaustive list of protocols being supported, Flare Finance has a lot to bring to the DeFi space.

For DeFi to go mainstream, interoperability and ease of use would be the key. Flare Finance is set to bring not such different protocols, but various communities on a single platform. Will it turn out to be as great as anticipated? With the launch just around the corner, users don’t need to wait much longer to find out.