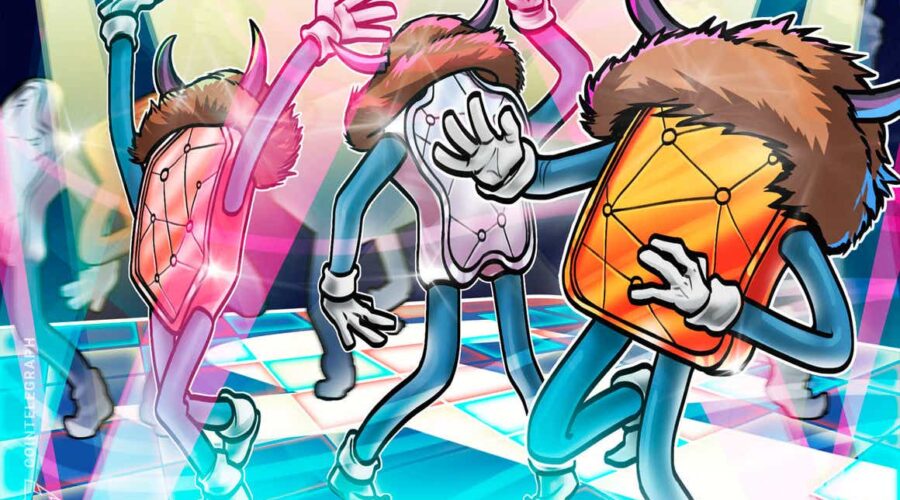 Around the world, douchebags are getting into NFTs in a big way.

Now it’s true that there are thousands and thousands of legitimate artists in the growing non-fungible token space, and that precisely none of them are Paris Hilton.

And sure, NFTs are a potentially world-changing phenomenon that were just declared ArtReview’s most powerful entity in the art world, though probably not as a result of the “catastrophic failure” that resulted in John Cena selling just 37 sad copies of a one thousand-NFT drop.

There may indeed be all kinds of use-cases for NFTs — such as the censorship-proof preservation of historical records — that will cause future generations to wonder why it took us so long.

But don’t let any of these important developments detract from the absolute douchebaggery that’s currently being unleashed on the world by people like Jacob Chansley.

You remember Jacob, right? This guy.

Yep, the guy who participated in an insurrection designed to prevent the certification of a duly-elected President in a peaceful democracy has released a talentless, money-grabbing, opportunistic-weasel collection of excruciating tat, hoping to cash in on his brief moment of notoriety while he rots in prison for the next 41 months.

Chansley’s collection of 1,006 Shamans is billed by his PR rep (insurrectionists get PR reps?) as an opportunity for buyers to join “a community of individuals intrigued by the intersection of politics, crypto, media, tribalism, and Shamanic culture.”

It is not billed as “A criminal douchebag trying to snatch your cash using only the power of absolutely shameless exploitation”. But you say tomato.

The collection itself is intriguing, in much the same way that you might wonder why multi-colored foods go in… and yet they all come out the same color.

Chansley has a variety of douchey costumes that go with his insurrectionist character ‘QAnon Shaman’ — one being a horned fur hat, another being an orange jumpsuit. Sadly the latter doesn’t seem to make an appearance in the hackneyed, half-assed and derivative collection of behorned cartoons.

The majority of these lazy and unimaginative illustrations appear to have been created “under exclusive license” by an “anonymous artist”, which should excite collectors everywhere.

The press release, which has far more artistic merit, notes that the series contains “never before seen images of Jacob donning crypto apparel” and — get this! — that it “exists to spark a productive and thoughtful discourse.” Because of course it does.

Cointelegraph reached out for further comment to Chansley’s press representative after receiving this intriguing message: “Happy to provide more quotes and context from Jacob and his mother if you’re interested in covering this”.

Yep, if there’s one person we want to talk to more than the QAnon Shaman, it’s his mom.

The collection is out there somewhere, although I’ll be damned if I’m going to link to it. But have at it, if you must — just remember that if you’re buying an NFT to support a crazed right-wing conspiracy theorist and Trumpian lunatic… he later expressed disappointment in Trump.

And that’s despite his lawyer’s insistence that Chansley “had a fondness for Trump that was not unlike the first love a man may have for a girl, or a girl for a man, or man for a man.” Oddly that doesn’t seem to be illustrated either, though it’s worth speculating on what it might look like.