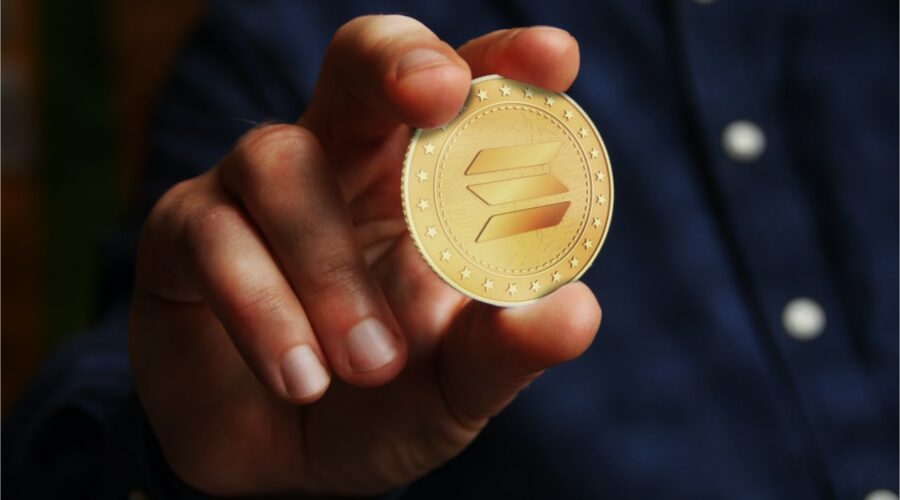 Solana’s exceptional initial groundwork, their vision finally coming to light. The network quickly boomed to become the 6th largest altcoin by market cap. The community is impressed with SOL’s strong fundamentals. Including its core innovation Proof of History, Pipelining, Sealevel, Gulf Stream, Tower BFT, and many other advanced protocols.

Many prominent coins are struggling to sustain like ADA, Ripple, and more. Surprisingly, the SOL ecosystem witnessed weekly inflows of $13.2 million, doubling its total inflows year-to-date. SOL-based investment products surged by a 388% increase last week, as its price nears $200. According to CoinShares, Solana products now represent $44 million in total assets under management.

Also Read: Solana Season On Upswing! Will SOL Price Hit $300 in This Rally?

Lark Davis, a popular crypto analyst, recently shared a tweet saying SOL season is on fire! As per the analyst, the SOL ecosystem has got the strong potential to leg up to new milestones.  According to CoinGecko, 8 of the top 15 trending altcoins are related to SOL. We have brought some interesting insights into the top 5 coins among them.

Solana is an ideal blockchain to act as the settlement layer for SBR’s liquidity network. As SOL hit the $175 mark at the press time, SBR alone dominated with 29% of the Total Value Locked (TVL) on the Solana blockchain. On 5th September, SBR broke at its major support level $0.3203 and continuing the bull run further skyrocketed to $0.75 at the press time. The currency is risen by 84.51% in the last 24 hours. A good support zone to hold SBR could be between $0.43 to $0.5.

It is the first automated market maker (AMM) built on the SOL blockchain. Prior to the 2021 second quarter, RAY was sitting at its crucial support level of $4.76. As SOL entered the top 10, RAY started to flourish breaking at $7.6. Continuing the bull momentum price surged to $14.59 at the press time. The currency is spiked by 11.89% in the last 24 hours. And posing strongly towards the $20 mark.

Serum built on top of SOL blockchain enables fast and secure transactions with low fees. Though serum’s price has never been consistent, current market sentiments allowing its price to rise. With a surge in demand for Solana, SRM also joined the rally. And hit $10.09 braking at its major support level of $6.39. SRM is up by 12.49% in the last 24 hours.  This uptrend seems to continue for few weeks, so there’s buzz expecting SRM to hit $20 in near future.

Solanium built on the SOL chain drew the attention of a large part of a crypto community with record break gains. The network hovered around its crucial support level around $0.3122 all the year. As SOL started to dominate the market with an impressive market cap surpassing $50 billion. SLIM also followed it, breaking at $0.6054 price surged by 600% reaching $3.8 at the press time. With the current uptrend, the currency is expected to reach $5.

The fundamentals of the SOL network seem to be very advanced and promising. Therefore, analysts and the community expect this rally is going to be huge. On the downsides, as we all know about the volatility of the space, in case of failures in the updates competitors may dominate. In such cases, SOL and its relative coins have strong potential to consolidate and get back on track soon.

07/09/2021 Crypto Comments Off on With Spike In SOL Price, These Solana Based Tokens Are Booming!
Markets