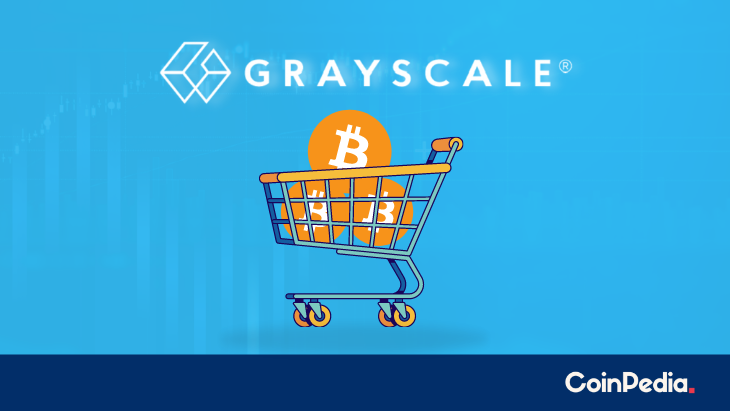 As the rounds of Grayscale Bitcoin Trust unlocking nearly 41K Bitcoin worth GBTC shares is outspreading in the market, many predict a massive dump may be the possible outcome. One of the leading Investment banks, J.P.Morgan predicted the Bitcoin price to slash to as low as $25,000. Moreover, history also points out the same as each time the shares are out, it has impacted the BTC price negatively.

So will the history repeat? And will the Bitcoin price slash again?

Well, many noted personalities and popular investment banks predict a major crash may be the possible outcome. However, the main point to be noted here is the GBTC are the shares but not actual Bitcoin which will be released in the market. Yet it is not completely true that they will not have any adverse effect on the price.

One of the popular analysts, Lark Davis, explained the entire scenario and the possible FUD being circulating in the market.

6 Final thoughts. In theory a GBTC release should have no market impact on spot prices. BUT this market like all markets is massively manipulated and the GBTC product is too complex for most investors so it allows the manipulators to prey on you by spreading misinformation.

The analyst explained how the BTC price fell drastically each time when GBTC shares were released. However, The mid-may crash slashed the price more than 50% and around the same time from 14th April to 20th May, Grayscale released nearly 77,000 BTC.

The analyst also suspects a pre-planned sorting prior to the release. As no actual Bitcoin was released in the market, yet the BTC price collapsed within minutes. And hence intuitions sorting the price well before major releases cannot be ruled out.

Where Is The Actual Problem?

As Grayscale investors need to wait for 6 months to acquire their shares, the people entered in January are in the waters now. Moreover, the trust shares are trading for a 10% discount to spot price. And additionally many borrowed BTC from the firms like Blockfi and hence compelled to repay loans with interest and also pay GBTC premiums.

Some of the firms thought of making an easy profit in a short time frame by running arbitrage. Yet ended up incurring huge losses if they sell. And hence creating FUD and short remains only the option. Bitcoin ETF is a better solution and moreover, no big unlocks are there in near future. Hence august is likely to be bullish for Bitcoin price.

Overall, BTC price is could regain the lost momentum soon and hence a steep spike appears imminent. Once the July release of GBTC shares is done, the Bitcoin price surge could be effective.

06/07/2021 Crypto Comments Off on Will The Release Of GBTC Shares Impact The Bitcoin Price?
Markets