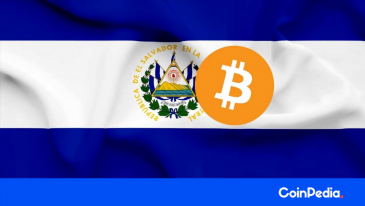 El Salvador has proven to be a pro-crypto country by being the first country to adopt Bitcoin as a legal tender. The question now is, is the country open to various altcoins as well? If so, which altcoin will it choose next.

Recently, the founder of Cardano Charles Hoskinson has expressed his interest in bringing Cardano to El Salvador.  He says he’s asked for a state visit to El Salvador to discuss the potential of Cardano and the Central American country building ties.

He went on to say that the meeting’s major topic would be all documents and specifics about the benefits of the Cardano blockchain. The president and regulatory authorities of the Central American country, however, have the last say on whether or not to comply.

The Cardano community’s leading members want to send a message to the people of El Salvador. The message emphasizes the fact that blockchain technology is far more valuable than Bitcoin, and Cardano has the ability to provide more freedom and better development possibilities,

Cardano, according to the stake pool operators, could also allow for the issue of a stable coin, allowing locals to experience independence. President Bukele, on the other hand, appears to be a major supporter of the Bitcoin market, as he has suspended IMF and World Bank reservations.

Is President Bukele affirmative to other altcoins?

Bitcoin does not have the necessary innovations to be beneficial for future programming or software deployment efforts. However, it serves as a placeholder as the world’s most popular cryptocurrency. President Bukele indicated in a YouTube Channel interview that recognizing Bitcoin as legal tender alongside the US dollar would be a major challenge.

Other cryptocurrency projects are lining up to be the next to be approved as legal tender. However, the country would be unable to manage ten or more legal tenders at the same time. Altcoin projects are also welcome to work in the region, however, in terms of legal tender adoption, Bitcoin remains the country’s top pick at the moment. The president said.