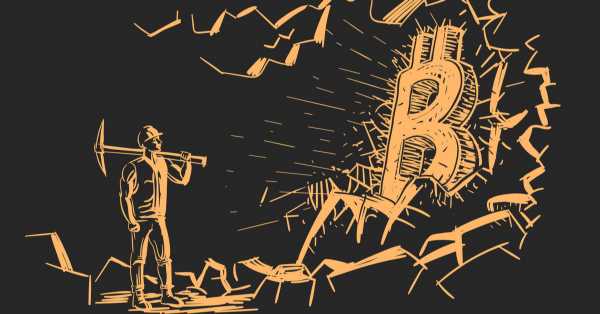 Bitcoin yet again failed to sustain its rally over $30,000 yesterday, as it was harshly rejected by the key $31,500 level. This level is critical to overcome for Bitcoin to rally towards $35,000.

Some on-chain metrics suggest that the bottom may not be in sight yet and there could be more selling pressure. This is shown by data from Glassnode, specifically the net unrealised profit/loss (NUPL), which is a measure of the overall unrealized profit and loss of the network as a proportion of the market cap. This metric indicates that less than 25% of the market cap is held in profit. This has happened 3 times since 2015 and each time has led to a capitulation phase with further downside in the following months.

In addition, the Bitcoin miner net position change shows that Bitcoin miners have been net sellers over the past month, as miner distribution (sell pressure) reached a peak of around 8,000 Bitcoin per month. I think this sell pressure from miners could be due to the decline in Bitcoin price, which has decreased the profitability for miners. However, I am not concerned by this behaviour, as Intel are releasing second-generation, Bitcoin-specific mining chips, which are more efficient than those of most rivals. Crypto miner Hive Blockchain sold about 10,000 ETH to pay for Intel Bitcoin mining rigs. These will go into mass production early 2023, and potentially increase the profitability of Bitcoin miners. I think this will be a catalyst for increased adoption of Bitcoin mining globally, as it could help mining firms meet ESG (environmental, social and governance) objectives.

The key factor for determining if there will be further downside over the coming months is if soaring inflation persists. U.S. CPI data for May is released on Friday and is expected to be 8.2% year-over-year which is a 0.1% decline from April’s CPI reading of 8.3%. Even though the expected reading resembles a decrease in inflation, I think we would need to see a more significant decline for the Federal Reserve to change course, and therefore sustained upside for crypto.

09/06/2022 Crypto Comments Off on Why are Bitcoin Miners Capitulating?
Markets