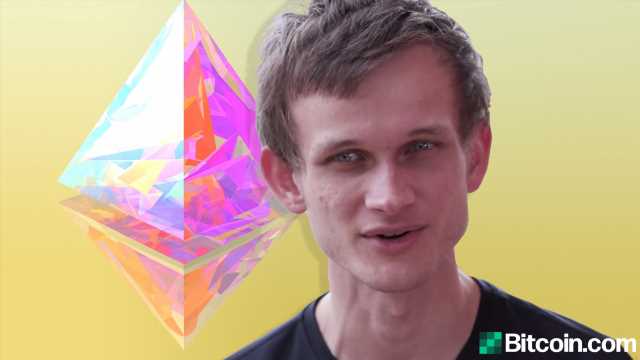 The cofounder of Ethereum, Vitalik Buterin, recently discussed the highly anticipated full transition from a proof-of-work (PoW) consensus model to proof-of-stake (PoS) as its replacement. Buterin admitted at Hong Kong’s Startmeup HK 2021 Festival that the transition was taking too long and highlighted that it wasn’t technical problems but “related to people.”

Buterin: ‘If You Build a Team, It Is Important to Know Who You Are Working With

Vitalik Buterin has discussed the anticipated Ethereum 2.0 transition during the Startmeup HK 2021 Festival in Hong Kong this past week. The Ethereum cofounder detailed that he understood the changes were taking a long time and said that it was mostly people deterring the improvements.

“One of the biggest problems I’ve found with our project is not the technical problems, it’s problems related with people,” Buterin said during his interview with Forkast news. “Ethereum is now in a better economic position, but it took us five years to get to where we are now. We have a lot of internal team conflicts in these five years. If you are building a team, it is important to know who you are working with.”

When Buterin was asked about Ethereum 2.0, he said that the developers have been calling it by that name less and less these days.

“We actually call it Ethereum 2.0 a bit less because we want to emphasize that, this isn’t throwing out the existing Ethereum platform and making a totally new one. It’s a much more kind of incremental set of changes,” the programmer remarked.

Buterin further said that sharding and rollups would greatly improve the scalability of Ethereum by a factor of 50 to 100. “The two of them stack on top of each other so once you have rollups and sharding, Ethereum and things on top of Ethereum will actually be able to have the kind of scalability that the large scale enterprise applications are expecting,” Buterin told the video host.

Buterin then explained that there’s a lot of people building and said that the transition to PoS will be important going forward. Buterin stressed:

There’s a lot of other things that people are building in the Ethereum space, but the blockchain’s ability to handle all the transactions is having a hard time keeping up with the demand, which is exactly why all of these things that we’re working on the technology side with scalability and proof of stake are so important.

During the end of the interview, Buterin’s conversation grazed up on decentralized finance (defi) and the non-fungible token (NFT) space. The Ethereum cofounder expects the defi ecosystem to continue evolving, and he sees some unique applications coming in the future.

“The functionality and programmability that crypto and defi provides could eventually provide the tools to do a lot of much more interesting things,” Buterin noted.