Google is apparently trying to recruit Ethereum (ETH) co-founder Vitalik Buterin to join their team, according to a since removed tweet by Buterin, reportedly posted May 20. 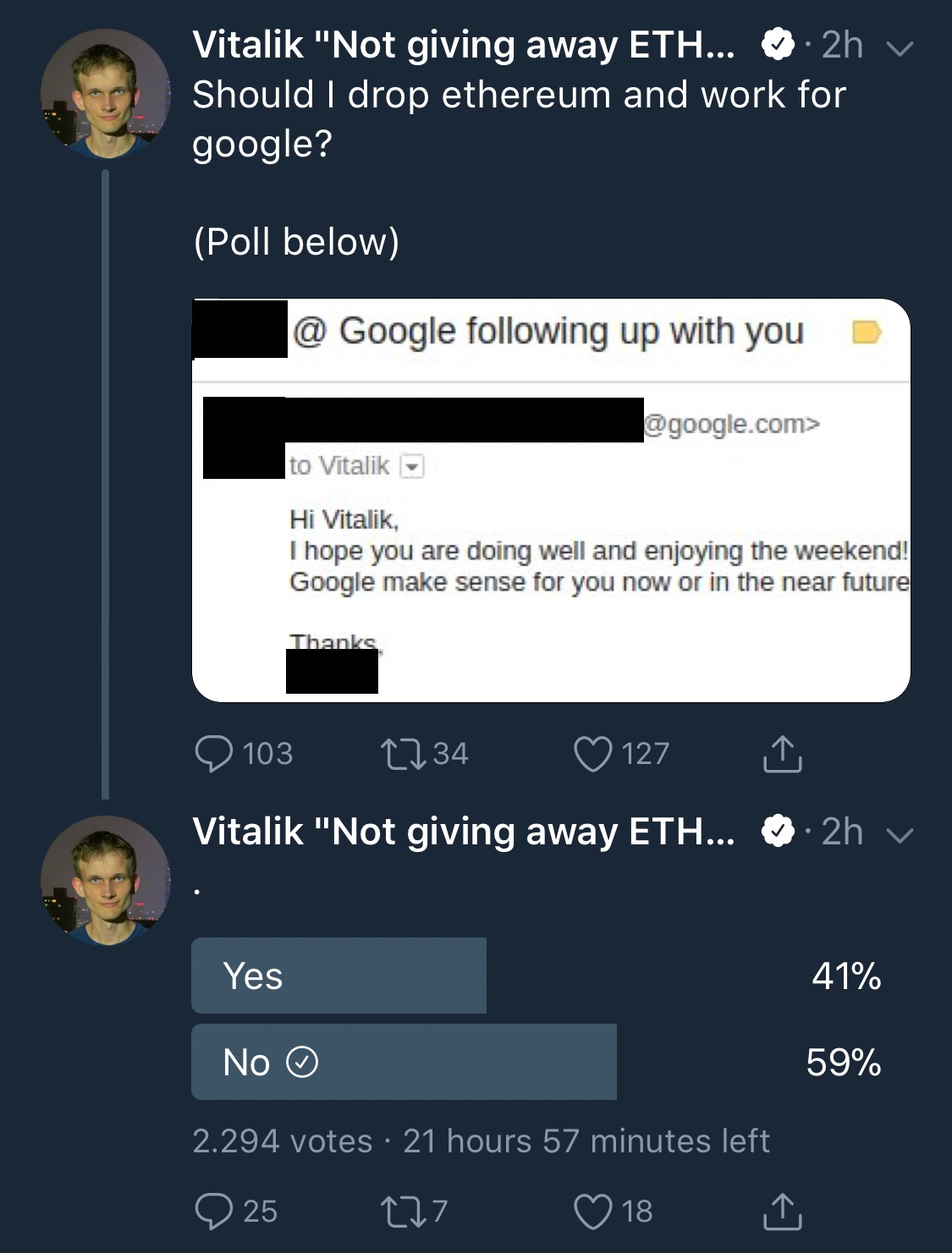 Buterin posted a since deleted tweet with a screenshot allegedly from a Google recruiter asking if Google “ma[d]e sense for you now or in the future,” along with a poll to the Twitter community over whether or not to take the job.

In his original tweet, Buterin neglected to censor the recruiter’s name, email address, and profile photo. The pool had over 2,000 responses before being taken down, with the majority voting “No” to Buterin leaving Ethereum for Google.

At the end of March, Google revealed that it is working on two separate blockchain projects: a “tamper-proof” auditing system and a cloud operations platform. Earlier that same month, Google had announced plans to ban all crypto-related ads.

“[Buterin is] free to do what he wants […] honestly his talent is too large to be caged in, even when at a company at [sic] Google. If you've achieved this much at such a young age, I think life has more plans for you. Perhaps a good 1-2 month vacation might be better.”

At presstime, Ethereum is currently trading at $695, down a little more than 2.53 percent over a 24 hour period.