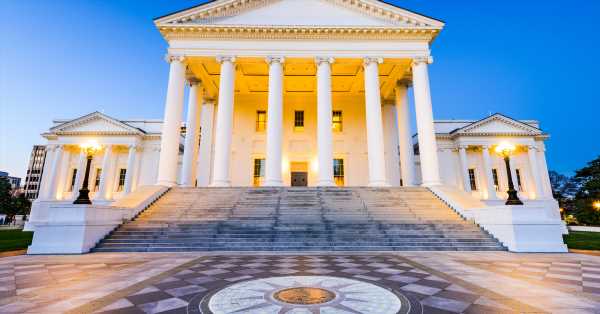 Bitcoin made a lower low on the daily time frame last week as it failed to hold above the key $44,600 level, with many analysts calling for lower prices as macro headwinds mount up. Downside risks involve war in Ukraine, persistent inflation in consumer goods and supply chain issues, new inflation from soaring oil prices, and the reaction from the Federal Reserve to combat this inflation. Many predict a global recession is on the horizon if the Federal Reserve decides to hike rates aggressively starting from March 16th, although the board have become more dovish since the war broke out.

Despite these short term risks regarding macro conditions, the long-term outlook of the crypto market remains very bullish, and is strengthening by the day. Regulation in the United States continues to see progression, albeit at a slow pace. The Senate of Virginia approved a bill amendment request that will allow traditional banks in Virginia to provide custody services for crypto. This bill was passed unanimously by the Senate with a staggering 39-0 vote.

In addition, Wyoming recently introduced legislation for a state-issued stablecoin. Furthermore, Canadian businessman Kevin O’Leary has revealed that some U.S. lawmakers are working on a policy to open crypto markets to institutional investors. O’Leary said, “The good news is they are all over it and agree there is tremendous opportunity once they pass policy.” He also said that, “In the indexing business, for all the hype around bitcoin, none of those institutions own a single coin. And they are not going to until their compliance departments allow for the ESG mandates.”

I think that the introduction of regulatory clarity in the US, even if it hinders innovation at first, will ignite the next wave of money to enter the crypto markets. This is how a $100,000-$500,000 price for Bitcoin is achievable over the next 5 years.