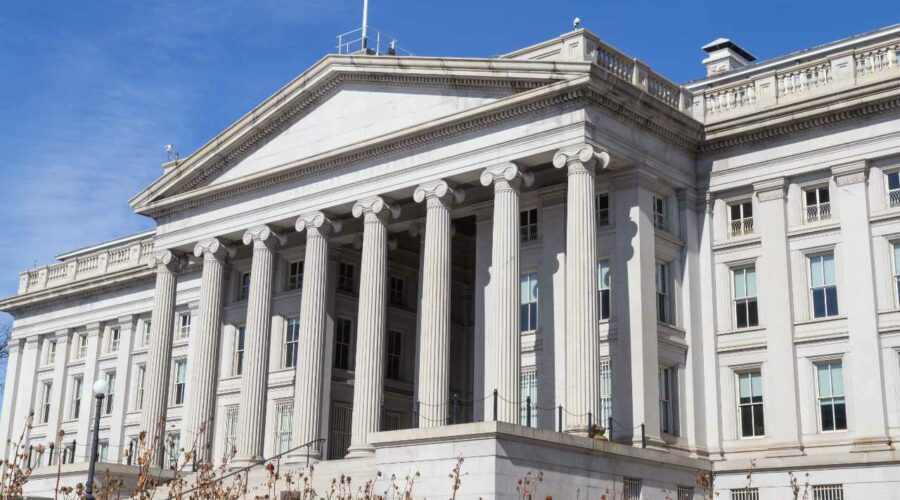 Despite the broad definition of a broker in the $1.2 trillion infrastructure bill, an official of the U.S. Treasury Department says that non-brokers will not be targeted even if the bill is not amended. The official added that crypto advocates’ fears are unwarranted.

Treasury Official Says Non-Brokers Will Not Be Targeted

The U.S. Department of the Treasury explained Tuesday that the crypto reporting requirements in the $1.2 trillion infrastructure bill will not target non-brokers even if the bill is not amended, CNBC reported, citing an official of the department.

Crypto advocates are concerned that the bill defines a broker so broadly that it could include miners and software developers who do not have the information sought by the Internal Revenue Service (IRS).

Some lawmakers are very concerned about the language of the bill regarding the crypto requirements. Senator Ted Cruz from Texas, for example, commented: “This infrastructure bill has in it a portion that is designed to obliterate crypto. That would be a tragic mistake.” Senator Pat Toomey said, “Simply put, the text is unworkable.”

However, the Treasury official told the news outlet Tuesday that these fears are unwarranted. “Reporting requirements would only be extended to those able to comply, like certain decentralized exchanges, for example, if written into tax law,” the publication conveyed.

In addition, the official clarified that the Treasury plans to take time to research to understand who might be asked to comply with the provision and verify whether they would be capable of doing so prior to establishing the law. This process could take years, the official indicated.

The infrastructure bill is awaiting the House of Representatives to take up. There are efforts to get members of the House to amend the bill. Rep. Anna Eshoo from California recently urged House Speaker Nancy Pelosi “to fix potentially harmful language on cryptocurrency in bipartisan infrastructure bill.”