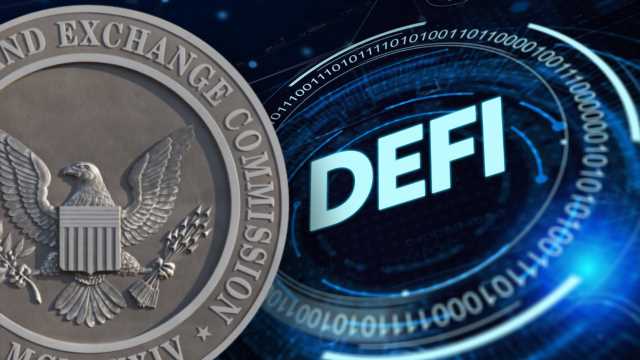 The U.S. Securities and Exchange Commission (SEC) has taken its first enforcement action involving decentralized finance (defi). The commission has charged a defi platform and its executives for unregistered securities sales of more than $30 million and misleading investors.

The regulator charged two Florida men — Gregory Keough and Derek Acree — and their Cayman Islands company, Blockchain Credit Partners, for “unregistered sales of more than $30 million of securities.” The three were also charged “for misleading investors concerning the operations and profitability of their business Defi Money Market.”

They used smart contracts and defi technology to sell two types of digital tokens: mtokens and DMM governance tokens (DMG). The former promised to pay 6.25% interest while the latter purportedly “gave holders certain voting rights, a share of excess profits, and the ability to profit from DMG governance token resales in the secondary market.”

The SEC explained that in offering and selling the two tokens, they claimed that “Defi Money Market could pay the interest and profits because it would use investor assets to buy ‘real world’ assets that generated income, like car loans.”

When they realized that “the price volatility of the digital assets used to purchase the tokens created risk that the income generated through income-generating assets would be insufficient to cover appreciation of investors’ principal,” they did not inform investors. Instead, they “misrepresented how the company was operating, including by falsely claiming that Defi Money Market had bought car loans that they displayed on Defi Money Market’s website.”

The SEC noted that the defendants “used personal funds and funds from the other company they controlled to make principal and interest payments for mtoken redemptions.”

Daniel Michael, chief of the SEC Enforcement Division’s Complex Financial Instruments Unit, commented: “Here, the labeling of the offering as decentralized and the securities as governance tokens did not hinder us from ensuring that Defi Money Market was immediately shut down and that investors were paid back.” The SEC announcement adds:

Without admitting or denying the findings in the SEC’s order, respondents consented to a cease-and-desist order that includes disgorgement totaling $12,849,354 and penalties of $125,000 each for Keough and Acree.

According to the commission, the defendants have funded the smart contracts so that mtoken holders could redeem their tokens and receive all principal and interest owed.