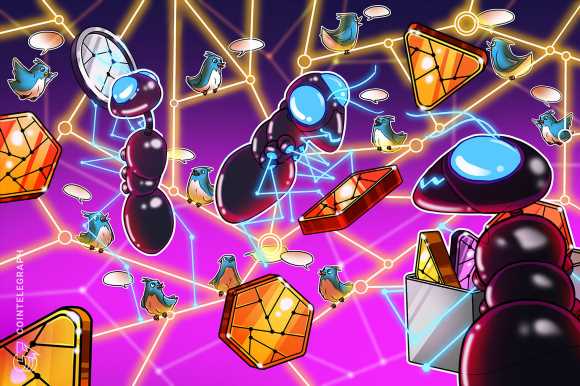 Twitter announced Wednesday that it will give away 140 free NFTs to 140 of its followers. The tweet, which had already received over 13,000 likes at the time of publication, contained several follow-up messages with themed NFT drops.

The first NFT drop was for “Reply Guy,” or “The man behind the mansplaining.”

In a follow-up post, Twitter offered its “Vitamin T” NFT, which consists of a prescription medicine bottle being filled with blue pills sporting the Twitter logo.

An NFT called “First Born” featured Twitter CEO Jack Dorsey’s first-ever tweet from 2006, where he famously declared, “Just setting up my twittr.” As Cointelegraph reported back in March, Dorsey sold a tokenized version of his genesis tweet for a staggering $2.9 million.

The Twitter CEO is one of crypto’s biggest advocates, having declared Bitcoin (BTC) “probably the best” native currency of the internet. Dorsey’s mobile payments outfit, Square, has also added BTC to its balance sheet. At 8,027 BTC, Square is the third-largest corporate holder of Bitcoin behind MicroStrategy and Tesla.

NFTs have emerged as one of the biggest crypto growth stories of 2021, with artists like Beeple raising tens of millions of dollars for their digital collectibles. While NFT sales have slipped amid the latest cooldown in crypto, the market is projected to double in the coming months as trade volumes continue to grow. The first quarter saw $2 billion in total NFT sales, as per industry sources.