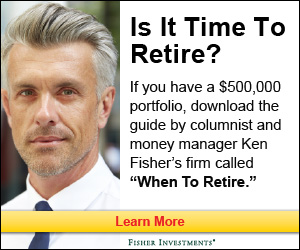 When Bitcoin first became known as a P2P digital asset in 2009, nobody expected that cryptocurrency could become the next big thing to shake up the entire capital market.

The boom in cryptocurrency from 2017 to 2018 brought under the spotlight blockchain technology. It is a key concept of Bitcoin which is in essence a decentralized database. The extensive popularity of Bitcoin made known to people the technical framework and prospective application of blockchain, its underlying technology.

While cryptocurrency is much sought-after, it is also caught up in controversies. After nine years of development, the market price of Bitcoin soared to a highest of USD$20,000, 2600 times its initial value. Such a drastic increase is also denounced as a bubble. However, it is undeniable that blockchain technology has already won the favor of technological giants.

The technology has already been applied to charitable fund-raising, food traceability, residential rental management, supply chain finance and other fields by leading Chinese fintech businesses such as Ant Financial, Tencent, JD and Creditease. The technological giants are just starting to explore the application boundaries of blockchain.

From blue ocean to red ocean, many blockchain startups became the pioneers of blockchain implementation, one of which is TRON.

In August, 2017, Justin Sun, one of the first graduates of Hupan University, Chairman and CEO of Peiwo APP, launched the TRON project.

With all eyes on blockchain technology, the emergence of TRON immediately caught public attention. To date, TRX, TRON’s token, ranks the 11thamong global cryptocurrencies at a market value of USD$2.4 billion, boasting a circulation rate of 65.74%. Although it still has a long way to go to catch up with Bitcoin and Ethereum, its performance as a new-generation token is still applaudable.

TRON is a decentralized content protocol based on blockchain technology, thus its ultimate purpose is not limited to the issuance of TRX, but rather the construction of a global system of free content entertainment based on blockchain and distributed storage. This protocol seeks to empower content creators and form a decentralized content entertainment ecosystem by allowing all users to publicize, store and possess data freely and to let the issuance, circulation and trading of digital assets determine the distribution, subscription and push delivery of content under decentralized self-governance.

Regarding cooperation on content entertainment, TRON tries to reach win-win results by complementing partners with its own advantages. On January 9, TRON struck a BCN service deal with BFC Bokuyun, an affiliate to the Baofeng Group.

There is not yet a ground-breaking application scenario in the entire industry. In addition to experimental digital pet games produced by some tech companies, players are also exploring other options in this initial phase.

As a project in the spotlights, TRON aspires to realize unimpeded creation of contents, websites and applications that does not entail centralized services.

This vision resonates with BitTorrent, a company that may appear unfamiliar to most people today, but the mention of “BT seeds” and “BT download” would definitely bring back some memories of Internet users. At its peak in 2006, BitTorrent occupied up to 70% of the Internet traffic. It is the prototype of almost all downloader software we use today.

BitTorrent is a content distribution protocol (CDN) and a P2P file transmission protocol based on the TCP/IP protocol. It was created by software engineer Bram Cohen in 2003. It adopts an efficient software distribution system and P2P technology to share large files and allows users to provide upload services like a newly placed node in the network. Its biggest feature is that the more the downloads, the greater availability of bandwidth and the faster the speed. Central to P2P technology is the nonexistence of server—all downloaders are both the client and the server.

BitTorrent was even named by the Fortune magazine as one of the four new technologies shaping the development of the Internet and is seen as a key technology representing the future of a wireless broadband Internet. However, its development hasn’t always been smooth. It seems to have faded out of our sight after its peak and is merely staying afloat. This is because, for over a decade, the business pattern of BitTorrent couldn’t sustain a healthy development.

It is said in the Capital Gamethat to succeed, you need to do three things—what other couldn’t think of, what others couldn’t do, and what other don’t want to do.

BitTorrent was born because Bram Cohen though of what other couldn’t—he realized that defects in bandwidth and storage technologies undermined the efficiency of data transmission. But in 2018, bandwidth and storage issues no longer exist thanks to technological advancement, and people now prefer to use legal channels to download and watch videos online.

Nevertheless, BitTorrent still has its influence, though it is more or less forgotten or overshadowed by other rising technologies. As the pioneer of its kind, BitTorrent is relatively different from the dominant server-based architecture today. It takes into consideration how it can best utilize the decentralized network architecture where all machines function as nodes to share, store and backup data.

BitTorrent is impacting and reshaping the current network behind the curtains. As a quick example, decentralization, core concept of blockchain technology and cryptocurrencies based on it, has been an intrinsic feature of BitTorrent since more than a decade ago.

This conception of decentralization is in line with TRON, which resulted in the acquisition of BitTorrent for USD$140 million by Justin and his blockchain startup.

As to why TRON wants to buy BitTorrent, here are the reasons. First, TRON’s rapid development in less than one year inevitably evoked people’s attention which in turn exposed its issues faster, one of which is technical theft of FileCoin and Ethereum. The integration of BitTorrent will definitely give TRON more technical expertise.

Second, the P2P architecture of BitTorrent suits the needs of TRON’s development. BitTorrent’s 170 million users will also bring TRON more inflow despite increasing cost of client acquisition. BitTorrent’s products include its client and BitTorrent Now which focuses on video, audio and other creative contents.

Third, TRON wants to gain more network advantage. According to BitTorrent, its protocol normally supports over 40% of Internet flow, which will turn into TRON’s competitive edge.

Also, though BitTorrent allegedly has no plan to alter its business pattern, impose any service charge or to embark on cryptocurrency mining now or in the near future, this is an opportunity to fully bring its technical strengths into play and explore its business pattern.

Jack Ma once said, “Only by creating value and sustaining your efforts to create unique value for others, it is possible to make money.”BitTorrent has a vision of decentralizing the Internet by blazing out channels allowing easy access to information. But faced with the realities, it still needs a clear development path to stay afloat.

TRON’s appearance opened a new chapter to BitTorrent’s future development, where they can realize win-win cooperation based on their shared passion for decentralization. It is said that to succeed, a business, especially a startup, must possess strong creativity for products and services as well as for monetizing them. A business is prone to fail without either of them, which is true of both TRON and BitTorrent.

This is a sponsored press release and does not necessarily reflect the opinions or views held by any employees of NullTX. This is not investment, trading, or gambling advice. Always conduct your own independent research.