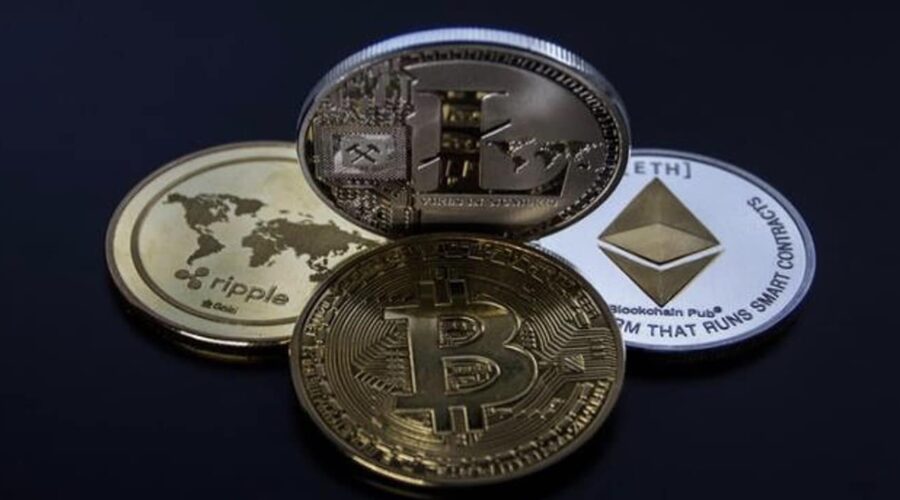 The first cryptocurrency, Bitcoin, was released in 2009.

Cryptocurrencies or cryptos were designed as a way to remove banks as intermediaries between sellers and the buyers.

But the ideology of the digital currency is much more complex as each cryptocurrency is based on distributed ledger technology or blockchain that is basically an encrypted list of transaction records that is duplicated through the network of computers that record transactions.

The crypto market is largely driven by speculation, as there is no commodity or government supporting it.

The most popular cryptocurrency is the Bitcoin. All other cryptos are called altcoins.

Many companies have issued tokens that are specifically linked to their products or services.

Stablecoins are usually linked to a fiat currency or to an exchange-traded commodity, but sometimes stablecoins are pegged to other cryptocurrencies.

The other variety of digital currency is the nonfungible tokens, or NFT tokens that are linked to a specific item such as images, videos, or audios, and are used as a certificate of authenticity.

Today NFT’s are mostly associated with digital works of arts and are even being sold at the famous Christies auctions.

So, here are five facts about cryptos you need to know.

1. How many cryptocurrencies are there?

Many cryptocurrencies have been created since 2009 when the Bitcoin was introduced but many are no longer in circulation.

According to CoinMarketCap.com, one of the reliable market research websites, as of the beginning of November 2021, some 7194 publicly traded cryptocurrencies have been counted.

Some analyst counted up to 13,000 various cryptocurrencies.

Only a few of them are really forming the modern crypto market.

The total market capitalization of all cryptos exceeded $3 trillion according to CoinGecko in November 2021. Bitcoin has the largest market cap with $1.26 trillion.

2. How big is the crypto market?

Recent figures show that the daily average trading volume of cryptos is close to $100 billion.

However, it may be much higher, as the record high on September 7 shows, when it hit $161.6 billion.

There are over 300 publicly known crypto exchanges and the most well-known are Binance and Coinbase.

Unlike regular financial markets, cryptos are traded on a 24/7 basis. However, markets’ peak trading hours is typically 8 a.m. to 4 p.m. in its local time. The daily trading amount of futures on cryptocurrencies according to Coingecko is over $200 billion.

3. Who accepts Bitcoin and other cryptos as a payment?

There are over 15,000 businesses that accept Bitcoin, including Microsoft, AT&T, and Overstock.

PayPal is one of the major businesses that allows you to buy products online with Bitcoin.

Bitcoin is recognized only in El Salvador as a legal tender. China has officially banned all cryptocurrency operations.

The United States, Canada and the United Kingdom all allow the Bitcoin to be used.

The European Union considers the use of cryptocurrencies as a supply of services.

4. How can cryptocurrencies be received?

You can buy cryptos at the exchange or receive them from another owner.

You can receive coins as a reward for mining operations.

There are over 800 cryptocurrencies that are non-minable.

5. Do privately issued cryptocurrencies have a future?

This year was marked by a significant expansion of cryptocurrencies as the first future based Bitcoin ETF was registered in the United States.

In November the Securities and Exchange commission started to review Spot Bitcoin ETF, which is expected to have direct exposure to Bitcoin.

This registration is a major step towards cryptocurrencies becoming an undeniable part of the financial market, even though it is not recognized in some countries like China.

And this is now a fact of our everyday life.

15/11/2021 Crypto Comments Off on TomiEx: Five Facts About Cryptocurrency
Markets