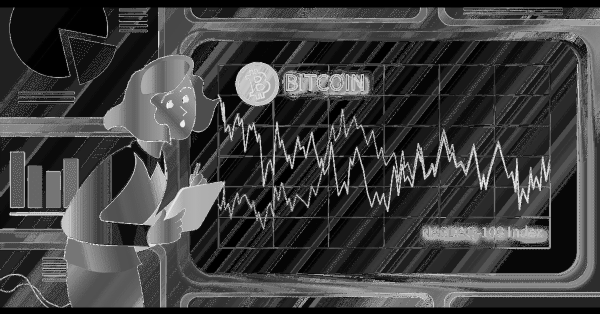 In the last couple of days, Bitcoin has seen a massive downtrend bottoming at $38,000, and then the flagship currency formed a base above $38,000 before starting a recovery phase. Bitcoin even managed to break the $38,400 and $38,500 resistance zone.

Benjamin Cowen, a well-known crypto analyst, and strategist is of the opinion that for a few months the connection between tech stocks and Bitcoin (BTC) is surprisingly positive

In a recent video, Benjamin is seen advising his 729,000 YouTube subscribers that Bitcoin is currently below the bull-market support band against the dollar.

Also Read : Bitcoin Price Following Footsteps Of Nasdaq 100, What Next For BTC Price?

Nevertheless, the scenario between Bitcoin’s chart and Nasdaq is different. To prove this point, Benjamin Cowen explains as follows

“The valuation of Bitcoin against the Nasdaq actually shows it’s above some of these shorter-term moving averages. In fact, it seems like the Bitcoin valuation against the Nasdaq is sort of building up to something. The window that it’s moving between is getting smaller as time goes on… If you extend this out you can see that they will ultimately converge by the beginning of 2023.”

Also, the strategist takes into account that the flagship currency has been forming higher lows and lower highs against the Nasdaq since late 2020.

According to Benjamin Cowen, the chances of Bitcoin performing bullishly against Nasdaq is more than downtrending.