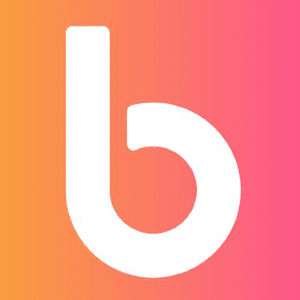 Bread, formerly known as Breadwallet, is a crypto wallet for mobile users which was developed in 2015 by Bread Company. The company is based Zurich, Switzerland, and it has dedicated itself to implement some of the strongest security measures to ensure the safety and privacy of their users.

This free digital wallet is an easy to use app for Bitcoin storage, making it a favorite option among beginner traders.

The successes of the wallet prompted the company to develop their own native coin called the Bread (BRD) coin.

While using only a mobile wallet to manage funds comes with its downsides, it is a useful tool which helps traders on the go to monitor their crypto holdings.

Bread can be downloaded for iOS devices from Apple’s App Store and for Android devices by accessing the Google Play Store.

The wallet app can be used on devices which have the following operating systems: iOS (including Apple Watch) and Android.

Bread wallet was initially created only for Bitcoin storage, but in time it has extended its support to include other coins such as Ethereum, Bread Coin, and Bitcoin Cash.

Downloading and using the Bread wallet does not incur any fees. However, crypto transactions will require that you pay the network fees of the coin you are transacting with.

The most recent updates enable users to modify transaction fees based on priority, giving them the option to have faster transactions for a higher fee.

There may also be some fees added when you try to purchase Bitcoins, which are charged by the third-party service which links your wallet to your account.

How Does the Bread Wallet Work

In order to deposit, store, or run other transactions on the wallet, follow the steps featured below: 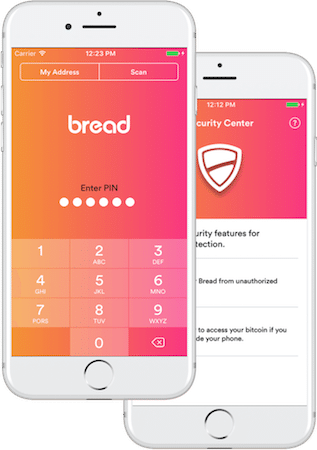 The transaction management of Bread involves sending information to Bread’s servers and then to the Bitcoin network, thus connecting to the network directly from within the app. This enables the processing of transactions in a more decentralized manner and it also ensures that users have more privacy for their accounts.

Bread does not keep any user data or private key on their servers, which means that you are the only one that has access to your funds at any given time.

The wallet is PIN-secured and even if your phone is stolen, the thief cannot access the wallet without the PIN. The wallet also lets users activate touch-ID or facial recognition as a user identification option.

Bread is a hierarchical deterministic wallet, meaning that it generates multiple public addresses to make it harder for someone to track your transaction’s details. While Bread does have strong security measures in place, it does not feature a 2-factor authentication mechanism.

It should be noted that the purchase of Bitcoin through the wallet requires having to communicate with third-party platforms which may have different security implementation compared to Bread.

This Bread wallet is a useful mobile app for crypto storage, which is supported by a dedicated development team. The wallet combines convenience and security, making it an ideal option for beginner and advanced users alike.