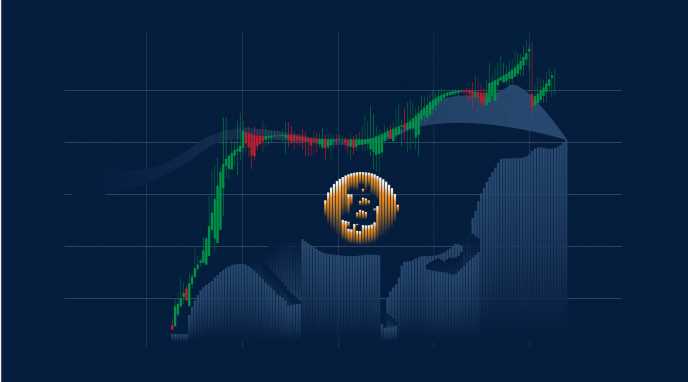 Bitcoin price is currently flirting with a downward trend line that thus far has capped off any further upside. It is also what led to the sizable drop and historic quarterly close.

Because all eyes are likely on this major trend line preventing the top cryptocurrency from further new highs, any reaction at this level should be especially notable. Here is a closer look at the trend line and what might happen when it ultimately breaks.

One Line Could Prevent Bitcoin Price From New All-Time Highs

As this article gets typed, the urgency to hit publish is increasing, as Bitcoin price is making a push through this very trend line in reference.

The trend line is what stopped the bull rally of 2021 in its tracks, and a second touch caused a 50% collapse across crypto. The third touch could be the charm that sends the top cryptocurrency slicing right through it.

The entire market is watching this trend line | Source: BTCUSD on TradingView.com

Bitcoin has thus far struggled to get through it, but consolidation below resistance is typically bullish. The trend line also could be the last thing stopping from a variety of bottom patterns and signals from confirming.

A bull flag is characterized by having a long “pole” that is an overwhelming breakout from resistance and powerful move by bulls. These moves are typically accompanied with high volume. When the move comes to its climax, a downward sloping channel forms the “flag” component.

If the bull flag breakout is confirmed, the target is near $300K | Source: BTCUSD on TradingView.com

The downward sloping price action gives bears the indication that they are winning the fight, but bulls continue to buy at each low and eventually make another surprise push the yields similar results. A bull flag’s target is taken by measuring the length of the pole, and applying it to the breakout of the flag at the top trend line.

If that’s where Bitcoin price is currently, the target of the pattern would be upwards of nearly $300,000 per coin. Interestingly, simply by taking the last bull market and juxtaposing it from the bear market bottom on, it would project a peak of $325,000 per coin, or not far off from the target of this potentially bullish pattern.

Text book bull flag could be breaking out in #Bitcoin pic.twitter.com/vdAAUqgzYJ