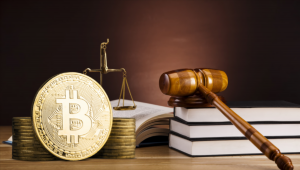 The voting for the infrastructure bill is on the horizon, that is on the 30th of September. Meanwhile, the crypto space is surrounded by dark clouds. With short-term holders fearing a downpour. Consecutively, analysts stress over, alarming extreme fear, on the fear and greed index.  However, holder’s believe it to be the best time to grab some coins.

The infrastructure bill is of crucial importance for the crypto space in the states. As the U.S accounts for a major chunk in investments of crypto. With the amendment, it can make or break things for the space. And also the proposed bill is said to be nearly 2500 pages. And hence it creates the speculation whether the bill will be completely studied before voting. Or else the section containing the crypto will be just crossed over and voted. In such case, it may cause damage to the crypto space.

Also Read: The Rise of NFTS This Winter! NFTS Will Bring Warmth to Your Portfolios

The Future Is at Stake?

The proposal of the infrastructure bill is all set to redefine the term “Broker”. To a broader stance by including speakers, miners, or developers. The said brokers will be given a broker’s license. The bill states that anybody who transacts over $10,000 in digital assets. Is liable for verifying the credentials.

Consecutively, including social security number. Which has to be duly signed and submitted to the government within 15 days. Failing in complying with the norms will result in penalties and imprisonment of up to 5 years. The bill is now a concern for the community as the system is decentralized. User anonymity makes it extremely difficult to keep count of the investor’s details.

Moreover, the move will eliminate the sole purpose of blockchain technology. Netizens believe, the votes to be put up, without acknowledging the bill. Owing to the enormous amount of pages in the bill. Which to be honest, is extremely difficult for one to understand and make judgments.

Summing up, while enthusiasts want the U.S to lead the crypto space at the forefront. On the contrary, the bill is amended as per the proposal. It will be a threat to American employment, as well as to innovation and technology. Although it aims at raising about $30 billion from the bill. However, enthusiasts have high hopes for the bill being in their favour.

30/09/2021 Crypto Comments Off on The Infrastructure Bill Is 2500 Pages Long! Will the Judgment Be Fair?
Markets