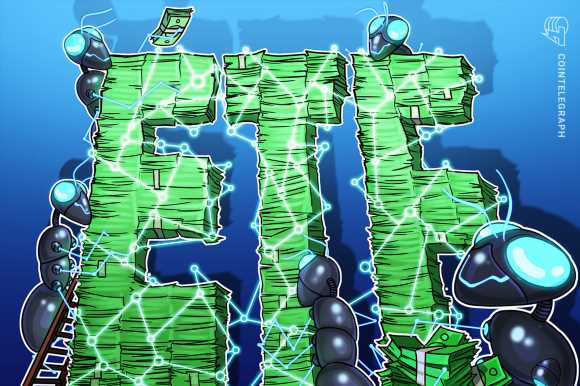 Michael Burry, the investor made famous by The Big Short movie, has taken out a major short position against Cathie Woods’ ARK Innovation ETF

According to second-quarter 13f filings, Burry’s hedge fund Scion Asset Management has purchased $31 million worth of bearish put options against 235,000 shares of the ETF. Put options are a way of profiting from the decline in value of a stock or fund.

The Innovation ETF is the largest ARK fund with $22.62B in assets. It invests in a range of disruptive tech companies including Tesla, Square, Coinbase, as well as the Grayscale Bitcoin Trust.

But Wood appeared to relish the challenge tweeting onMonday:

“To his credit, Michael Burry made a great call based on fundamentals and recognized the calamity brewing in the housing/mortgage market. I donot believe that he understands the fundamentals that are creating explosive growth and investment opportunities in the innovation space.”

Wood is a firm believer in crypto, and in July ARK partnered up with Switzerland-based 21Shares, with the goal of creating a Bitcoin EFT.

In the same month, Ark Invest purchased more than 450,000 GBTC shares in two separate buys and in April Ark purchased $110m of Coinbase shares, some of which we for the Innovation ETF.

Burry however is a crypto bear and has been warning about “unsustainable valuations” in the market for a few months. In June, he ewarned that retail investors could be lured into “the mother of all crashes” by investing in cryptocurrencies and meme stocks. He tweeted:

“All hype/speculation is doing is drawing in retail before the mother ofall crashes. When crypto falls from trillions, or meme stocks fall fromtens of billions, #MainStreet losses will approach the size of countries. History ain’t changed.”

Burry found fame when he called the housing market’s collapse during the Global Financial Crisis and profited enormously from the subprime mortgage crisis. He was the main character in Michael Lewis’ book “The Big Short”, later turned into an Oscar-winning movie in which he was played by Christian Bale.