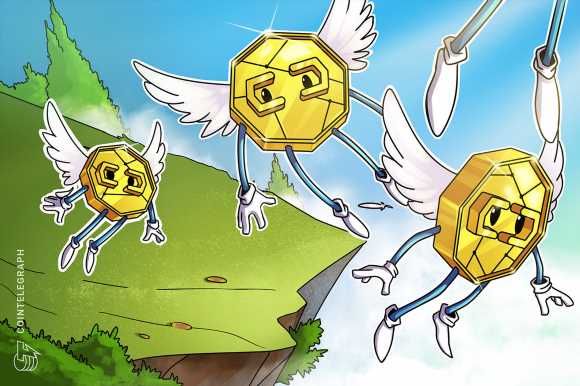 Square, headed up by CEO Jack Dorsey, this week announced its acquisition of the Australian buy now pay later (BNPL) business for $29 billion on the same day it reported $2.7B in Q2 revenue from Bitcoin sales on its Cash App.

Pomp analysed the move on his “Best Business” show on Aug. 4, which was posted on YouTube under the rather clickbaity heading “Square is going to be worth $1 trillion dollars.”

In the video itself he was much more conservative in his estimates. In Pomp’s view, he thinks that a two-to-five times increase in value is a real possibility for Square due to the combined potential of both firms. According to Yahoo Finance, Square currently has a market cap of $122.72 billion.

“If the integration goes well and if the combination of these two businesses works out the way that Square and Afterpay believe it will, it will create a very, very interesting business for Square to continue to expand globally and into other demographics,” he said.

Pomp highlighted that Afterpay’s $29 billion valuation was on the back of 100,000 partnered merchants, and he emphasized that opening up Afterpay’s BNPL services to the 70 million users of Square’s Cash App, as well as the 2 million Square merchants, could see Square’s value skyrocket:

“You could effectively say 100K got you to a 29 billion dollar valuation. If you roll it out to two million, maybe you don’t simply get a 20X the value of the business, but could you two, three, four or five X the business? Absolutely.”

Jack Dorsey’s crypto friendly payments firm Square announced on Aug. 1 that it was acquiring Afterpay with Square common shares. The deal is expected to be paid out in the first quarter of 2022.

Following the announcement, Square stock (SQ) has increased by 8%, going from $248 on July 30 to around $269 today, while Afterpay stock (APT) has increased by 34%, moving from $95 AUD to $128 AUD within that same time frame, according to data from TradingView.

Related: Bitcoin is key to the future of Twitter, Jack Dorsey says

Square also published a second quarter report on Aug 1 that posted a 200% increase in Bitcoin revenue year-on-year (YoY) for Q2, with BTC services driving $2.72 billion worth of revenue for the firm. In Q2 , Square’s total gross profit grew 91% YoY to $1.14 billion, and Cash App also generated a gross profit of $546 million overall, up 94% YoY.

It is unclear if Afterpay will attempt to incorporate crypto services into its business model following Square’s acquisition, however BNPL competitor ZIP revealed in July that it is looking to offer crypto trading in Australia and the U.S. within 12 months.

04/08/2021 Crypto Comments Off on Square’s value could 5X thanks to Afterpay deal: Pomp
Markets