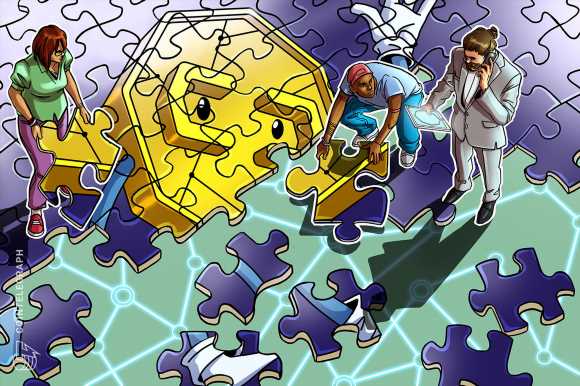 Senator Bragg is a crypto-friendly politician from the ruling Liberal Party (a conservative center right party) that has been one of the driving forces behind a proposed forward-thinking regulatory scheme in Australia.

Since then the proposals have been refined and packaged into the Digital Services Act, however, its implementation is up in the air. With the federal election set to take place next month, it is unclear if the act will be adopted if the opposition Labor party is voted in, given it is yet to provide a concrete stance on the crypto sector.

Bragg spoke with Lummis — who is a known crypto proponent and Bitcoin (BTC) hodler — via a video call this week, and told Cointelegraph that the discussion focused mainly on the “opportunities for regulatory equivalents.”

While he wouldn’t go into specifics, Bragg emphasized the importance of aligning on as many issues as possible with the U.S. given the historical partnership between the two nations:

“I see that as an economic growth area, as a security objective, because we have a unique relationship with the United States, which is cultural, economic, military. So we want to be close to our friends in the United States on these issues as much as we can.”

He also suggested that both governments are looking to set global standards for crypto regulation, noting that “the executive order from President Biden is reasonably similar to what Treasurer Frydenberg released last December.”

“[If] two large, sophisticated financial economies like the United States and Australia come together that could help drive standards in other parts of the world,” he said.

In terms of collaboration, or at least regulatory equivalence, Bragg noted that it “looks like they’ve been able to move more quickly on getting different sorts of products into the market. So we’ll see what lessons we might be able to pick up there.”

One area that may differ is the two nations’ approach to launching a central bank digital currency (CBDC), with Bragg noting that the U.S. seems more receptive to the idea. Australia’s Reserve Bank has stated there’s no compelling need for one due in part to the nation’s instant digital payments network and Bragg stressed that he was “very cautious” about it at this stage.

“I think I’m, you know, probably more aware of the issues and the risks of going there. So we just need to get the Treasury report done on this issue. I’m hoping that can be done, you know, quickly after the election.”

Asked if Labor being voted in would derail Bragg’s efforts at crypto reform over the past two years, the Senator frankly stated that he had no idea.

“I mean, you’ll have to talk to Labor about it. But I mean, they haven’t got any policy. So, yeah, I certainly hope not, but I mean, they don’t have any policies,” he said.

Bragg also delivered a speech at the Accounting Business Expo in Sydney yesterday, as he outlined his political parties’ intention to provide “good regulation” as opposed to stifling regulation.

“Regulation which creates certainty while inviting the possibility of more innovation, including innovation which we cannot anticipate. Regulation which protects the interests of consumers and investors on a level playing field – while allowing for flexibility, inventiveness, and experimentation.”

“Regulation which provides a safety net when the market fails but holds individuals accountable for the consequences of their actions,” he added.

29/04/2022 Crypto Comments Off on Senators Bragg and Lummis discuss crypto laws collaboration between US, Australia
Markets