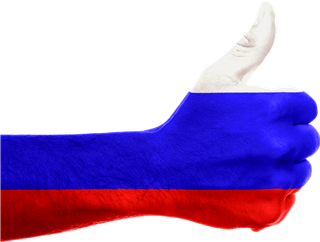 A proposed law in Russia seeks to allow citizens to inherit Bitcoin and cryptocurrencies to include them in divorce settlements and wills. According to RBC, Russian lawmakers want such a legal framework to allow creditors to access virtual currencies in case of successful bankruptcy claims, despite crypto’s legal status still being unclear in the country.

Pavel Krasheninnikov, the head of the State Duma’s Committee on State Construction and Legislation, stated that there is a growing mood to change the current inheritance law before the end of the current parliamentary session. If they don’t manage to pursue such a proposal in this period, Krasheninnikov hinted at the possibility of moving it until the next one in September.

“We will remove this paradox when there is a cryptocurrency and is not regulated by anything. Will we have time to do it before the end of the spring session or not? I would really like to have time,” the head of the State Duma’s Committee on State Construction and Legislation commented on the matter.

In fact, the lawmakers seek to grant cryptocurrencies in Russia the status of “property,” whose amendments should be done on the Civil Code. “It will not be necessary to deduce the legal regime of cryptocurrency every time from the general principles of civil law,” Efim Kazantsev, Moscow Digital School’s expert, said, who also added that such treatment of property had been given already by Russian courts.

That said, further amendments should point towards clarifying any doubts about the legal status of cryptocurrencies, the expert stated. If the proposed law is bumped until September’s session and gets the green light for approval, the ruling will be promulgated starting January 1, 2022.

Regarding crypto-related regulatory affairs in Russia, the Russian parliament initially passed a new bill that will start taxing profits from cryptocurrencies. However, it is unclear if the taxation will apply to mining operations and income from crypto-based fundraising campaigns.