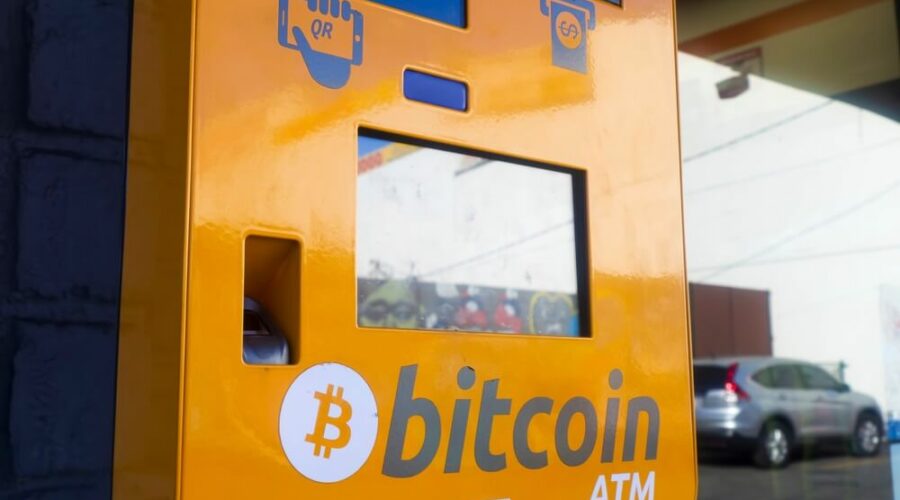 A man has been charged with running several illegal bitcoin and crypto ATMs in New York that were set up in laundromats throughout the state. Robert Taylor, 35 years of age, has been charged with criminal tax fraud in the third degree, offering false instruments for filing in the first degree, and operating an unlicensed transmission business.

Robert Taylor Has Been Charged with Running Illicit BTC Kiosks

The bitcoin kiosks working under Taylor are believed to have converted roughly $5.6 million in illicit funds for criminals into crypto throughout New Jersey, Miami, and other regions in the United States. The kiosks advertised to criminals by claiming they offered “extreme anonymity.” Alvin Bragg – a Manhattan district attorney – explained in a statement:

Robert Taylor allegedly went to great lengths to keep his bitcoin kiosk business as secret as possible to attract [clients] that would pay top dollar for anonymity. As the use of cryptocurrencies like bitcoin proliferates, they continue to attract a wide range of bad actors who are hoping to evade law enforcement. My office will continue to root out these schemes. We will not allow digital currencies to become safe havens for illegal activity.

The kiosks operating under Taylor charged fees of anywhere between ten and 20 percent from its users. Bragg says that the kiosks and Taylor himself were largely unidentifiable except for small Snapchat icons on the machines that were linked to various Snapchat accounts tied to a prepaid phone and a proton mail email account that Taylor was using to run his schemes.

In a discussion with one customer questioning the anonymity of the machines, Taylor is alleged to have mentioned:

We never ask for ID or have a camera that takes a pic of your face.

He also showed the customer a video advertisement saying:

These racks only go into the machine with no ID and no camera.

Surveillance footage garnered during the investigation shows criminals allegedly understanding the messages being conveyed by the machines and their respective ads. In a press release, Bragg states:

One of the first individuals whom law enforcement observed using one of Taylor’s kiosks was driving a stolen U-Haul vehicle. Other customers had recent criminal records, often related to drug sales or credit card theft.

An Array of Other Lies?

The release continues to suggest that Taylor may have purposely reported incorrect tax information to hide some of his gains through the machines. It says:

Forensic analyses of the kiosks indicated that more than $5.6 million in cash was deposited into Taylor’s kiosks between September 2017 and November 2018, generating more than $590,000 in fees, approximately $160,000 of which was deposited into Taylor’s personal bank accounts. Despite this, Taylor only claimed income of approximately $3,000 on his 2017 tax returns and a loss of $140,000 on his 2018 tax returns among other false representations.