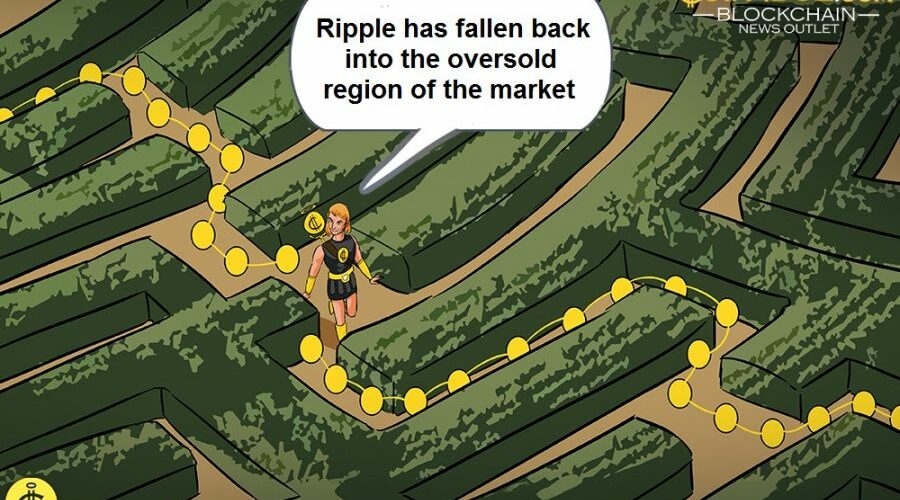 The price of Ripple (XRP) is in a downtrend as the cryptocurrency fell to the low of $0.56 on April 30. The altcoin has fallen back into the oversold region of the market.

Buyers are emerging in the oversold region, driving the cryptocurrency to the previous high at $0.68. The $0.68 price level has been the key support since February. Bears broke the previous low and reached the low of $0.56. On the downside, further downward price movement is unlikely as the market has reached the oversold region. Today, XRP is rising and reached a high of $0.61. XRP/USD will regain the previous highs of $0.80 and $0.90 if the bulls break the resistances at $0.68 and $0.75. If the bulls fail to break through the $0.56 and $0.75 resistances, the cryptocurrency will be forced into a trading range between these two levels. 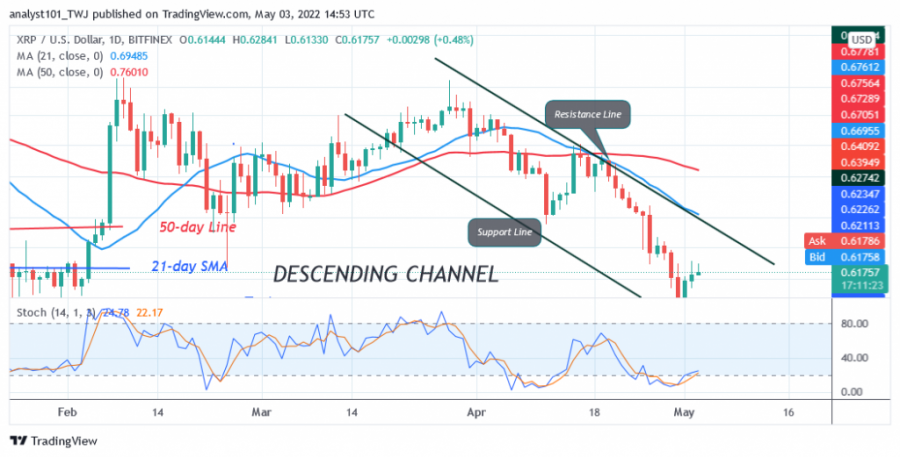 What is the next move for Ripple (XRP)?

XRP/USD remains in a downtrend as selling pressure reaches bearish exhaustion. The altcoin is holding above $0.56 as the market rallies. Meanwhile, the downtrend from April 11 has shown a candle body testing the 61.8% Fibonacci retracement level. The retracement suggests that XRP will fall to the Fibonacci extension level of 1.618 or $0.548. 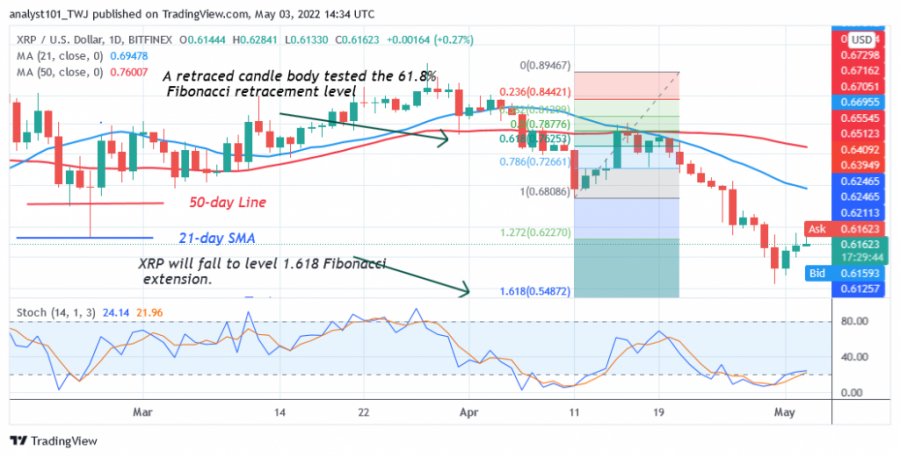 Disclaimer. This analysis and forecast are the personal opinions of the author and are not a recommendation to buy or sell cryptocurrency and should not be viewed as an endorsement by CoinIdol. Readers should do their own research before investing

03/05/2022 Crypto Comments Off on Ripple Reaches Oversold Region as Altcoin Holds Above $0.56
Markets