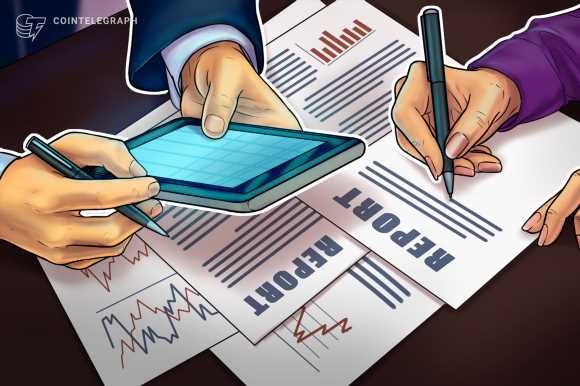 According to a new industry report published by DappRadar, the number of users engaging in decentralized applications, or DApps, every day surged 396% year over year to 2.4 million. This is only 5.8% below the same user activity level witnessed in Q4 2021.

The overall growth was impressive, considering that during the quarter, the cryptocurrency sector saw a short-lived bear market, as well as experiencing $1.19 billion in decentralized finance, or DeFi, hacks, and exploits.

Two of the worst affected token bridge protocols were that of Ronin and Wormhole. Last month, Axie Infinity’s Ronin bridge was breached for over $600 million after an attacker used hacked private keys to forge fake withdrawals. Meanwhile, the Wormhole protocol lost $321 million via a minting exploit in February. Though, in a rather heroic move, venture capital firm Jump Crypto dug into its own wallets and replenished the lost funds.

In addition, the staff at DappRadar wrote:

“The first quarter of 2022 had its ups and downs but was tainted by the war in Ukraine. This was one of the biggest events since the 2008 Global Financial Crisis that shook world markets and had a negative effect on the industry.” 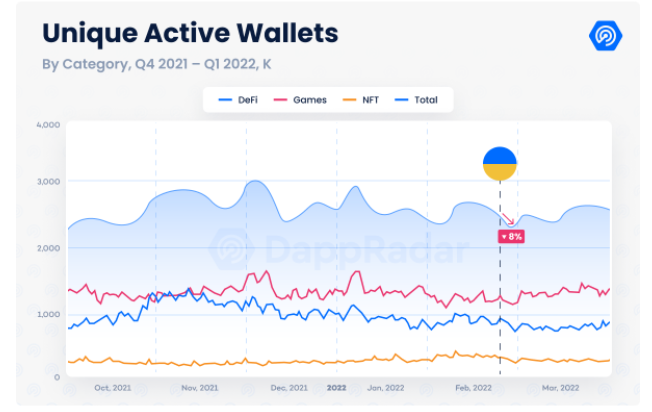 Gaming DApps accounted for over 50% of all user activity in Q1 2022. Simultaneously, nonfungible tokens, or NFTs, generated $12 billion in trades despite warnings of a bubble. In terms of DeFi total value locked, Ethereum (ETH) once again held the top spot with $127 billion, followed by Terra Luna (LUNA) at $29 billion and BNB Chain at $13 billion.