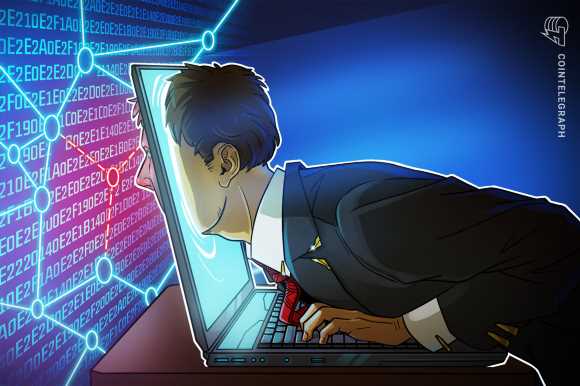 The Solana network is not having a good year, having suffered full or partial outages at least seven separate times over the past 12 months.

A bug has knocked the Solana blockchain offline again as block production halted at 16:55 UTC on Wednesday. This latest outage lasted around four and a half hours as validator operators managed to restart the mainnet at around 21:00 UTC, according to the incident report.

“Durable nonce instruction caused part of the network to consider the block is invalid, no consensus could be formed.”

“Durable transaction nonce” refers to a mechanism addressing the typical short lifetime of a transaction block hash according to the official Solana documentation. A bug in the feature caused nodes to generate different outputs resulting in consensus failure, which ultimately caused the latest period of downtime.

The network was restarted with this feature disabled, and Yakovenko added that fixes for the bug “will be out ASAP.”

Naturally, there was a fair amount of backlash from the community with comments like this filling up its feed:

“Get it together Solana. We should be past this already. I’m big believer but I’m even doubting at this point.”

SOL prices have taken a massive hit, tanking almost 14% over the past 12 hours or so in a fall below $40, according to CoinGecko. The network’s native token has now slumped 85% from its November 2021 all-time high of $260, and it is poised to slip out of the top 10 by market capitalization. 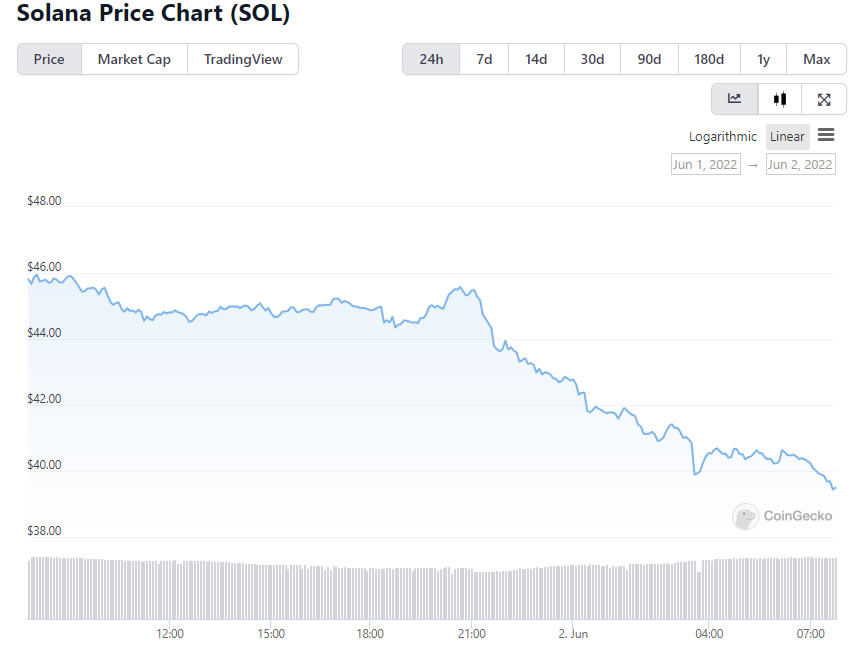 Solana, which has often been dubbed an “Ethereum killer,” has been fully or partially offline at least seven times since September 2021, when it suffered denial of service attack-related outages twice in the same month, according to the network uptime tracker.

The blockchain was plagued with problems in January when it suffered service disruptions and degraded performance for nine days out of the 31 in the month. Duplicate transactions were blamed for the second outage in January. In late April and early May, Solana was down again for almost eight hours due to nonfungible token minting bots overwhelming the network.

Additionally, Solana’s blockchain clock is slow and running 30 minutes behind real-world time. The status page notes, “On-chain time continues to run behind that of wall clocks, due to longer-than-normal block times.”