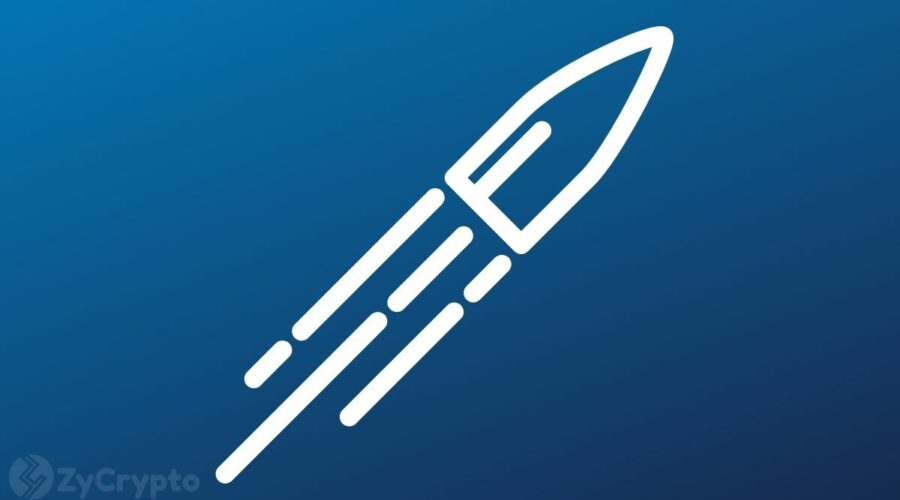 On Tuesday, Polygon reported that its native coin MATIC had surpassed Ethereum in daily active users (DAU) for the first time. According to on-chain stats, the number of active addresses interacting with the polygon Network on Monday reached 351,000 beating that of Ethereum which at the time was 326,000. 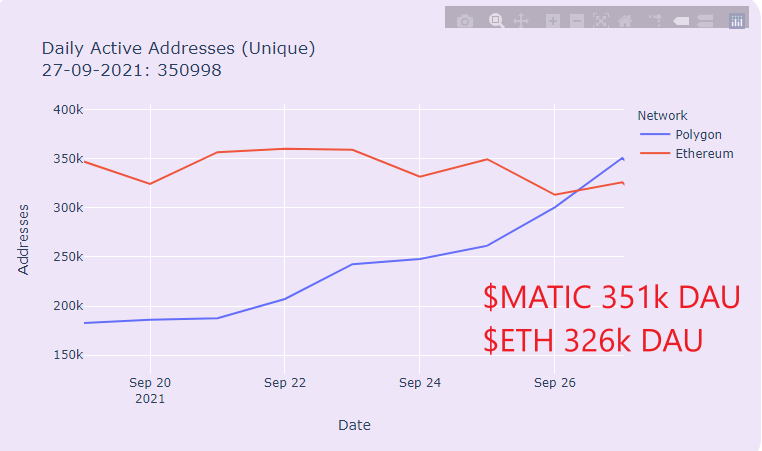 This is a new milestone considering that MATIC, the native token for Polygon has a market valuation of $7.5 billion compared to Ethereum which currently stands at $355 billion.

Polygon’s appeal to users and other networks globally has been on a parabolic rise with devs dropping a hot list of partnerships and products on the network. The network which is built on the Ethereum Layer 1 network aims at transforming Ethereum into a multi-chain ecosystem with secured Layer 2 chains & standalone chains.

Of late Polygon has been making inroads in the DApps metaverse with over 500 Dapps already actively working on its ecosystem dealing a hard blow to Ethereum which is still struggling with congestion and high gas and processing fees problems.

For this reason, exchanges such as Coinbase, Okex, Huobi, and Binance have expressed interest while others are currently exploring partnerships that will see Polygon’s scaling solution integrated into their networks mainly to cut down on the transaction fees and settlement times.

Ethereum’s unstable transaction fees have made more users migrate to layer 2 networks such as Solana, Cardano, and Polygon which have been dubbed as Ethereum killers given their low fees and high transaction speeds.

The rise of Polygon’s NFT program is also set to deal a further blow on the Ethereum network with more creators opting to use Polygon to build and launch their arts. In July, the network launched Polygon Studios, a  new arm for Blockchain Gaming & NFT ecosystem aimed at cementing Polygon’s existing leadership position as the de-facto platform for NFTs & Gaming.

To date, Polygon has over 100,000 blockchain gamers with its strong infrastructure allowing all-around NFT creation capabilities and launching for blockchain gamers and NFT teams. Leading NFT platforms and DApps such as Open Sea,  Decentraland, Sandbox, and Atari have already partnered with Polygon in this NFT venture.