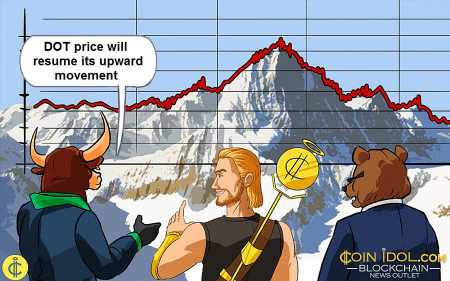 Polkadot (DOT) is falling back after reaching the high of $23. The bulls previously broke through the $19 and $20 resistance levels, but could not overcome the $23 resistance.

Buyers were pushed back after retesting the resistance zone twice. Today the market fell to a low above $20, but the bulls bought the dips.

Support at $20 was previous resistance and buyers are desperately trying to resist further selling pressure. On the upside, if the crypto price holds above the $20 support, the DOT price will resume its upward movement and retest the previous highs. On the other hand, if the bears break the $20 support, the market will fall back to the previous low at $16, i.e. the downward correction will continue. 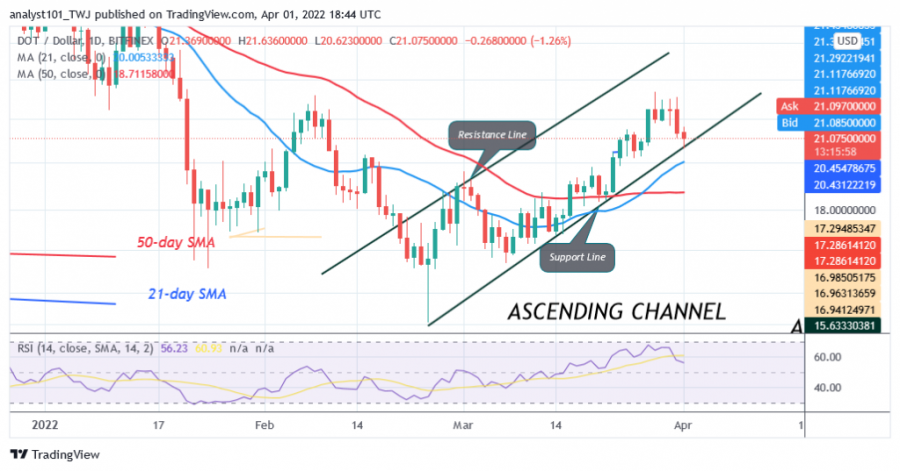 DOT/USD is in a downtrend as the altcoin is set back from its recent high. The altcoin has fallen above the $20 support level. The market will continue to fall if the current support is broken. Meanwhile, the uptrend from April 1 has a candle body testing the 78.6% Fibonacci retracement level. The retracement suggests that DOT will rise, but will rebound at the Fibonacci extension of 1.272 or $20. 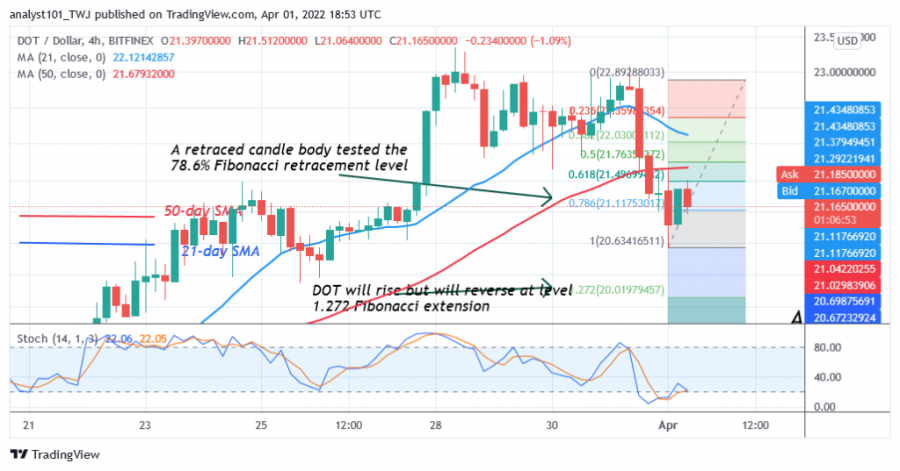 02/04/2022 Crypto Comments Off on Polkadot Retraces and Consolidates Above $20, May Resume Uptrend
Markets