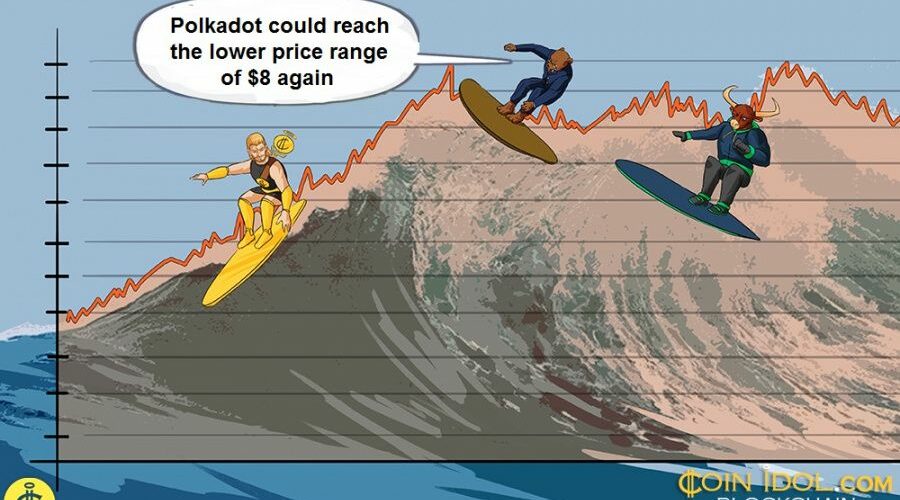 The price of Polkadot (DOT) has come under renewed selling pressure after being rejected at $10.79. The altcoin could have risen to the high of $12 if the resistance was broken.

Subsequently, the cryptocurrency would rise to the high of $16. However, the selling pressure is overwhelming as the uptrend is restricted below the 21-day line SMA.

The cryptocurrency is at level 39 of the Relative Strength Index for the period 14. It is in the downtrend zone, falling and approaching the low of the support at $8. DOT is below the 40% area of the daily stochastic. The market has resumed its bearish momentum. The moving averages are sloping south, indicating a downtrend. 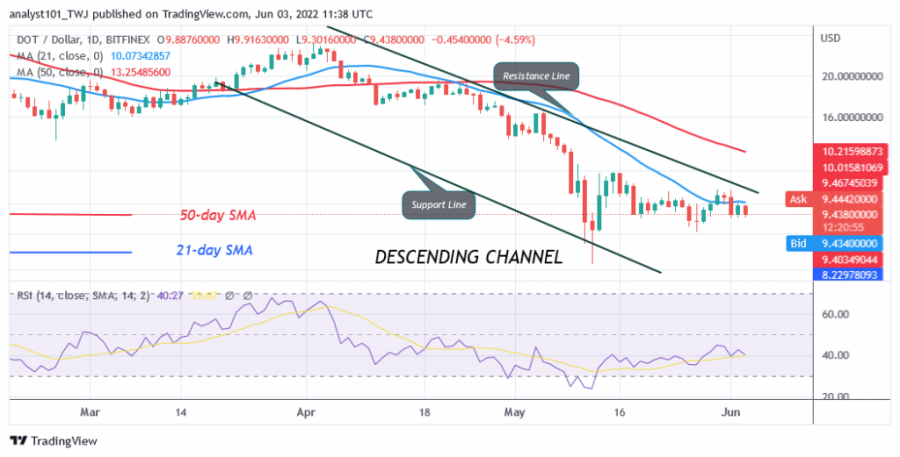 Polkadot is in the process of retreating to the lower $8 price area, which has held since May 12. Meanwhile, on May 12 downtrend, a retraced candle body tested the 78.6% Fibonacci retracement level. The retracement suggests that the price of DOT will fall to the level of 1.272 Fibonacci extension or the level of $ 4.95. 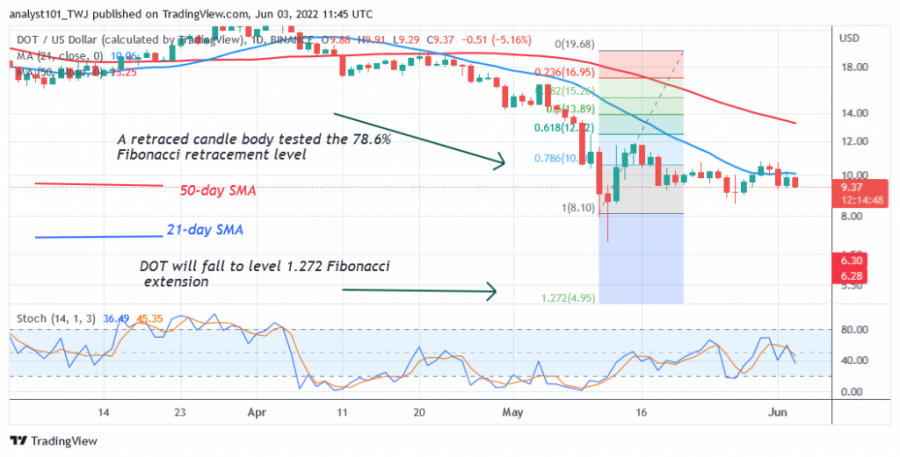 04/06/2022 Crypto Comments Off on Polkadot Drops within Range Bound Zone as It Faces Rejection at $10.79
Markets