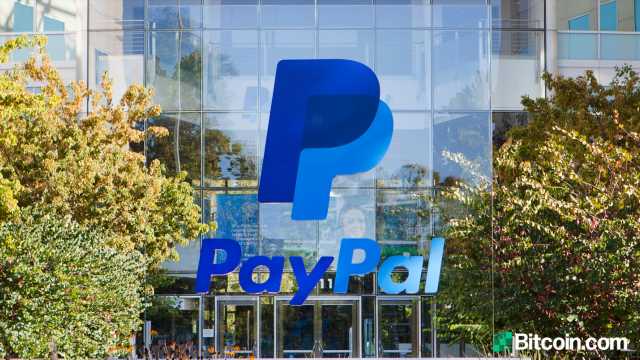 The CEO of payments giant Paypal, Dan Schulman, has revealed that the demand for cryptocurrencies has been “multiple-fold” of his company’s initial expectations. Paypal’s Venmo recently began rolling out cryptocurrency features to enable Venmo users to buy, sell and hold cryptocurrencies, including bitcoin.

Paypal CEO Dan Schulman talked about cryptocurrency, particularly bitcoin, in an interview with Time Magazine, published Sunday. Paypal is present in more than 200 countries and deals in more than 100 currencies. Last year, the company processed 15.4 billion payments, with a value of $936 billion. The company has about 30 million merchants in its network.

Schulman began by sharing his story of how he used Paypal’s crypto service to buy boots and paid for them with bitcoin. Noting that it only took a few clicks and a few seconds to buy with the cryptocurrency, he said that “It was pretty cool.” A big initiative of his company is “helping move digital currency into the mainstream, by adding cryptocurrency services,” the CEO described.

One of the questions he was asked during the interview was “What does this pending shift to digital currencies mean for the financial system as we know it?” Schulman replied, “In the next five to 10 years, you’re going to see more change in the financial system than you have over the past 10 to 20 years,” adding:

Demand on the crypto side has been multiple-fold to what we initially expected. There’s a lot of excitement.

Schulman also explained that Paypal has “been looking at digital forms of currency and DLT for six years or so.”

However, he noted: “But I thought it was early, and I thought the cryptocurrencies at the time were much more assets than they were currency. They were too volatile to be a viable currency. And it was still a little bit too much of people not really understanding what they were going to get into, and what we really wanted to do is make sure that it became a little more mainstream so that we would work hand-in-hand with regulators before we put anything out into the market.”

Paypal launched its crypto service for U.S. customers in November last year. The company then established a business unit dedicated to cryptocurrency in February and enabled crypto payments at millions of stores with the “checkout with crypto” launch in late March. Last week, Venmo started rolling out crypto trading for its 70 million users to buy, sell, and hold cryptocurrencies.