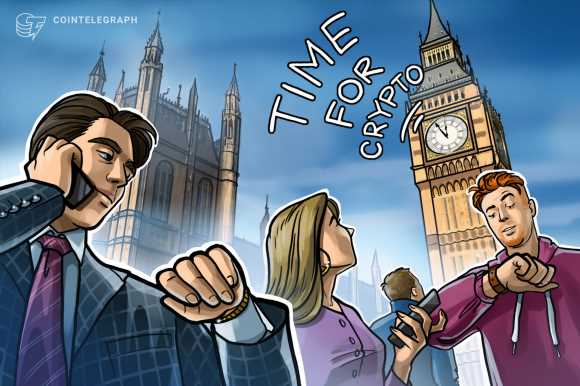 Bitcoin (BTC) number go up technology is boosting crypto adoption in the United Kingdom. More and more Brits are buying cryptocurrency, according to a Coinbase research piece carried out by Qualtrics.

The key takeaways indicate that 33% of British people own crypto, up from 29% in October 2021. Plus, over half, or 61%, of those surveyed intend to increase their holdings over the next 12 months.

For Danny Scott, CEO of the United Kingdom’s leading Bitcoin exchange, CoinCorner, the statistics “seem incredibly high.” Scott suggested that “we’re seeing a quiet period from the retail market right now,” adding that “when the price settles, so does the interest from newbies.”

“Without knowing the source for this, I’d hazard a guess the survey size was small and fell luckily in the direction of more adoption than the reality.”

Statistics from Statista suggest that crypto ownership in the United Kingdom is much lower—around the 7% mark, whereas previous Cointelegraph reporting suggested that U.K. crypto ownership was under 10%.

For Scott, “rather than look at this in a negative way, we should see this as an opportunity to take a breather and build out the infrastructure for the next wave, as we all know the industry continues to operate in the cycles.” Indeed, Bitcoin recently crossed the halfway point on the way to its next halving.

The Coinbase report also highlighted that Bitcoin is the king of crypto among U.K. consumers as it is the most commonly owned cryptocurrency. Ethereum (ETH) is held by 52% of those surveyed with Dogecoin (DOGE) and Binance Coin (BNB) at 34% and 33%, respectively.

In the United Kingdom, it’s not just the retail market that’s interested in crypto: Her Majesty’s Treasury also appears to be sticking through sluggish Bitcoin price action. HM Treasury’s decision to create a royal NFT by the summer caught the crypto community’s attention in April amid discussion surrounding stablecoin regulation in the U.K.

A Coinbase spokesperson told Cointelegraph that the population of 67 million Brits creates a “leading European hub of crypto investment,” highlight that there is a growing proportion of people engaging with these assets.

“Recent survey work suggests that the adoption trend may continue, with many sharing ambitions to expand the size and diversification of their portfolios.”

Adding a note of caution, the spokesperson suggested that “it is clear that there is more work to be done around boosting understanding and awareness of these assets.” An experienced Financial Conduct Authority (FCA) employee recently took up a post at the digital assets department to support the government’s “vision for crypto.”

For Coincorner, it’s about “actual real-world, everyday use case, rather than focus on customers who want to speculate on hundreds of different cryptocurrencies that don’t offer anything of real world use.”

Related: Home sweet hodl: How a Bitcoiner used BTC to buy his mom a house

Cointelegraph has compiled an analysis of changes to the U.K.’s financial and crypto landscape in light of the recent changes to the FCA’s crypto stance.

05/05/2022 Crypto Comments Off on Number goes up: A third of Brits have bought crypto, says Coinbase report
Markets