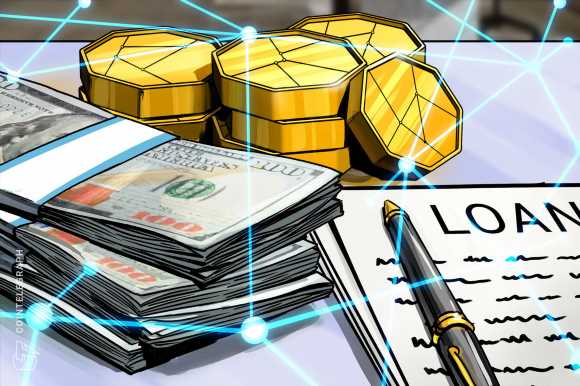 Alex Saunders, the popular crypto influencer behind Nuggets News, is facing a slew of claims he failed to repay crypto loans, along with allegations that funds invested in a new project had been redirected to a crypto exchange.

Saunders is one of the most highly regarded Australian crypto educators. He provides a paid service and he has 140,000 subscribers on YouTube.

Over recent days, crypto Twitter has been ablaze with allegations that Saunders has run out of capital. Numerous individuals including YouTuber Bitboy claim that Saunders personally owes them multiple Bitcoin each, prompting investigations from the Australian Broadcasting Corporation (ABC) and the Australian Financial Review (AFR).

According to the AFR, Saunders received roughly $7 million from 100 or so investors seeking to back his forthcoming stablecoin project, Decentral Bank, after he promoted it to Nuggets News followers in April. The publication claims to have spoken more one dozen investors who backed the project, with each estimating to have put in roughly $50,000.

The AFR reported that investments to Saunders’ wallet appear to have quickly been moved onto popular crypto derivatives exchange, FTX. The exchange’s founder, Sam Bankman-Fried, has indicated the team is already investigating the allegations.

Cointelegraph has contacted Saunders to offer him the chance to respond to the allegations and will update this story if he replies.

Shot through the Heart

Saunders’ public fall from grace appears to have begun after he appeared on a live stream with the controversial HEX founder, Richard Heart, on July 19.

After booting Saunders from the live stream, Heart took to Twitter sharing apparent screenshots from private conversations with Saunders, asserting that he had had “begged” him for a 50 BTC loan and attempted to solicit a “pre allocation” in a forthcoming token.

Heart’s post left Decentral Bank’s backers reportedly fearful of their investments and many sought refunds. The AFR claimed to have seen posts in a private Facebook group in which Saunders agreed to repay his investors although refunds are yet to be issued.

The ABC’s July 28 report claims to have seen screenshots of dialogue between Saunders and an overseas hedge fund manager evidencing requests to borrow Bitcoin back on two different occasions, with the fund claiming not have repaid the BTC it lent Saunders back in January. One of the messages attributed to Saunders reportedly reads:

“Sorry to put this on you mate. But I felt like I could trust you. I’d 10x’d my FTX account. Then got greedy.”

Related: SEC closes in on settlements with US BitConnect promoters for millions

The ABC states it has spoken to five people based in Australia, the United Kingdom, and New Zealand who claim to be owed money by Saunders.

Saunders is yet to address the accusations on social media, and does not appear to have been active on Twitter since July 23.

Nuggets News spun off into the Collective Shift platform. Managing director Ben Simpson issued a video update on Sunday to members saying he had asked Saunders about the allegations.

“He looked at me straight in the eye and said ‘don’t worry about, like, you know, there is a couple of people I owe money, I am on repayment plans, don’t worry about it.'”

Simpson told the ABC Saunders is no longer involved with Collective Shift, either as a shareholder or contributor.