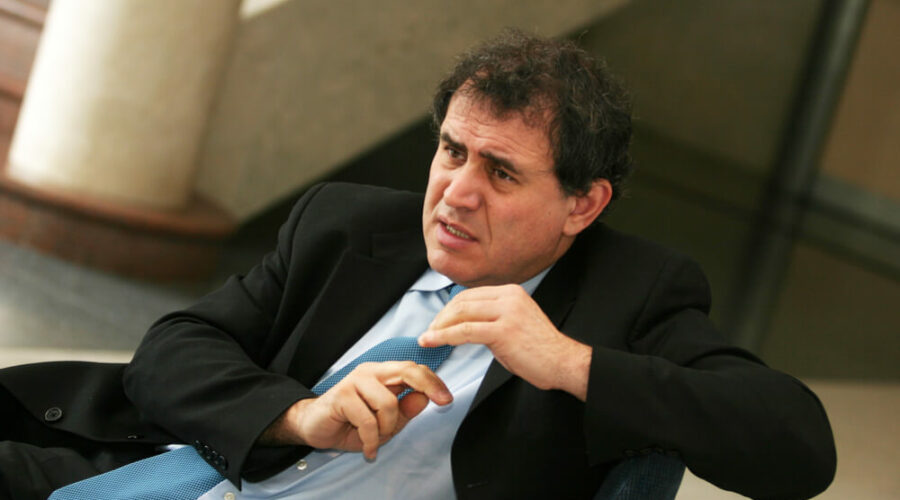 Bitcoin has always had its naysayers. From the day it was born in January of 2009, some people have refused to become BTC believers, one of which is Nouriel Roubini – playfully known as “Dr. Doom” for his angry and negative sentiment towards bitcoin.

As the largest cryptocurrency in the world, bitcoin has garnered quite a few fans over the past 12 years, but Roubini is not feeling the love that others are experiencing, and today is no exception. At a recent conference, Roubini came out to claim that bitcoin was not only a bubble, but also a “huge scam.” He also went so far as to say that bitcoin, along with many other digital assets that have emerged over the years, are not currencies at all.

I have gone to many crypto conferences where if you essentially sign up for it, you have to pay for it in dollars or Swiss francs. Not bitcoin.

In addition, he says that the narrative of bitcoin serving as a store of wealth in some way is also incorrect, and he believes that people were wrong to think bitcoin could do anything for them should gold or USD suffer. He stated:

Look at what happened last month, about a month ago in April. Bitcoin (BTC) reached an all-time peak of $64,000, and then a few weeks later, it went down to almost $30,000. Bitcoin is not even a hedge against risk off episodes. People say it is an uncorrelated asset that does well when, say, global equities are doing poorly. That is absolutely not true.

His words come at a time when the crypto space was experiencing growth like it never has before. When bitcoin first hit $64,000 in April, the entire space was moving up the financial ladder with it. The entire digital currency arena had a valuation of more than $2 trillion, with bitcoin alone contributing more than $1 trillion to that sum. However, nowadays, the total crypto market cap is worth only about $1.7 trillion. Roubini mentioned:

We know that nothing is priced in bitcoin. No goods and services or financial assets, and that is not just because people do not want to do so, but there are flaws because for something to be a unit of account, it must have a stable value.

It does not appear, however, that everyone shares the negative sentiment of Dr. Doom, as a new report by Nickel Digital Asset Management shows that 19 companies – each valued at over $1 trillion – have invested in bitcoin or are making room for the asset on their balance sheets.

Not Everyone Dislikes It

This, coupled with a confirmed inclusion of crypto assets in the portfolio construction by leading global asset managers… is a very important endorsement for bitcoin’s emerging functionality of the hedge against inflation.