Andréa M. Maechler, Member of the Governing Board of Switzerland’s National Bank (SNB), has rejected calls for a central bank issued digital currency.

“If cashless payment transactions are efficient and innovative, there is no need for digital central bank money,” she said. Arguing that the two tier banking system works fine in facilitating what she calls “cashless payments” but more clearly can be called digital payments.

“The division of roles between central banks and commercial banks results in a good balance between safety and efficiency.

At the first level, the central banks facilitate the settlement of interbank transactions on secure systems and in electronic central bank money.

In so doing, they minimise the risks in the systemically important segment of payment transactions, beyond which the risks can be borne by the market.

At this second level, settlement can take place via alternative channels, without necessarily having to be based on central bank money.

This division of roles between central banks and commercial banks epitomises our current two-tier financial system.

In the first tier, the central bank acts as the banker to the banks. In the second tier, the commercial banks act as the interface to the end customers.

And it is the competing commercial banks that decide which services they want to provide for companies and private individuals. This system is efficient and proven,” Maechler said.

She said blockchain technology can potentially increase the efficiency of the current two-tier system, but focused only on a very limited upgrade to today’s financial “pipelines.” 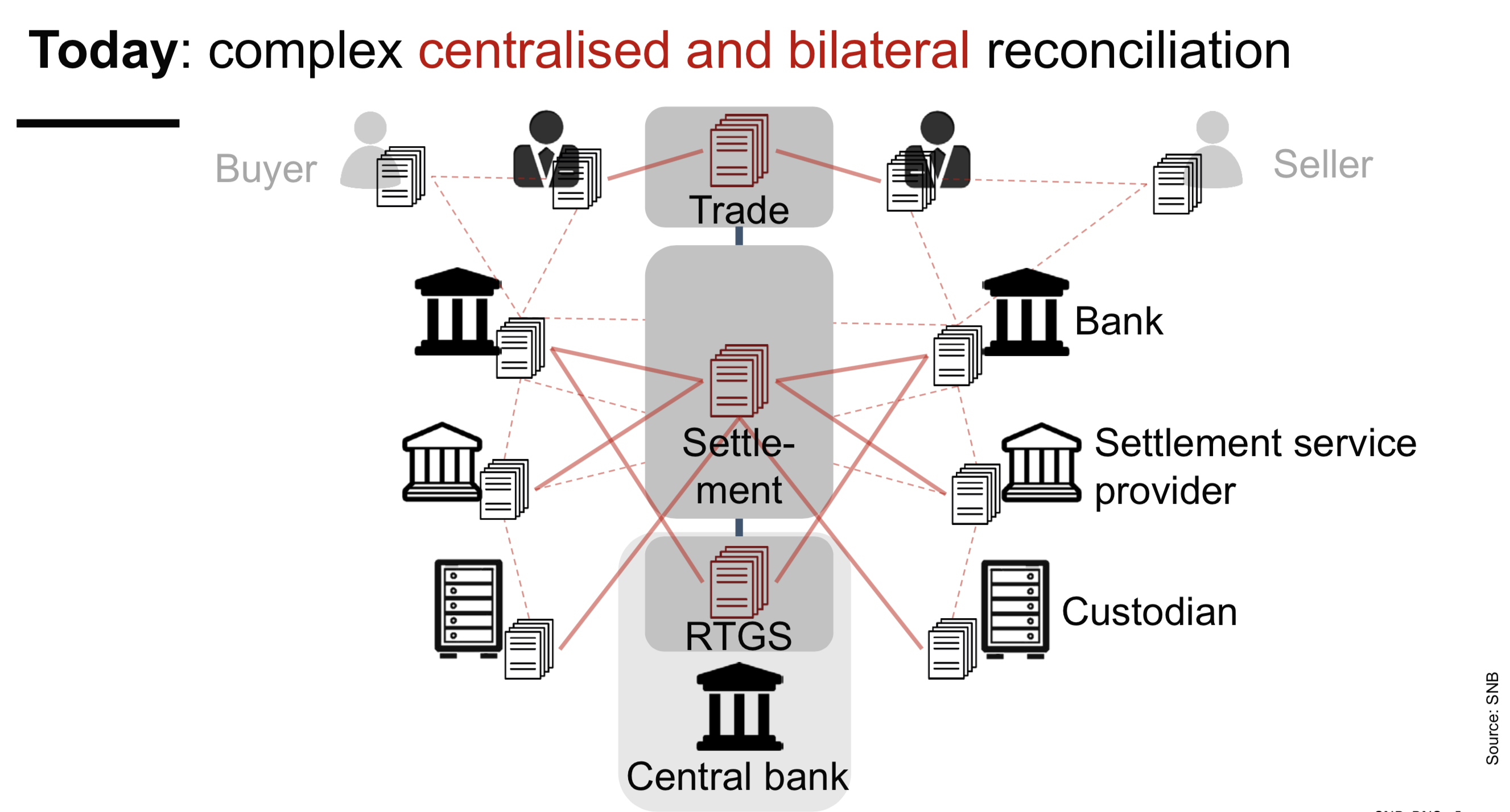 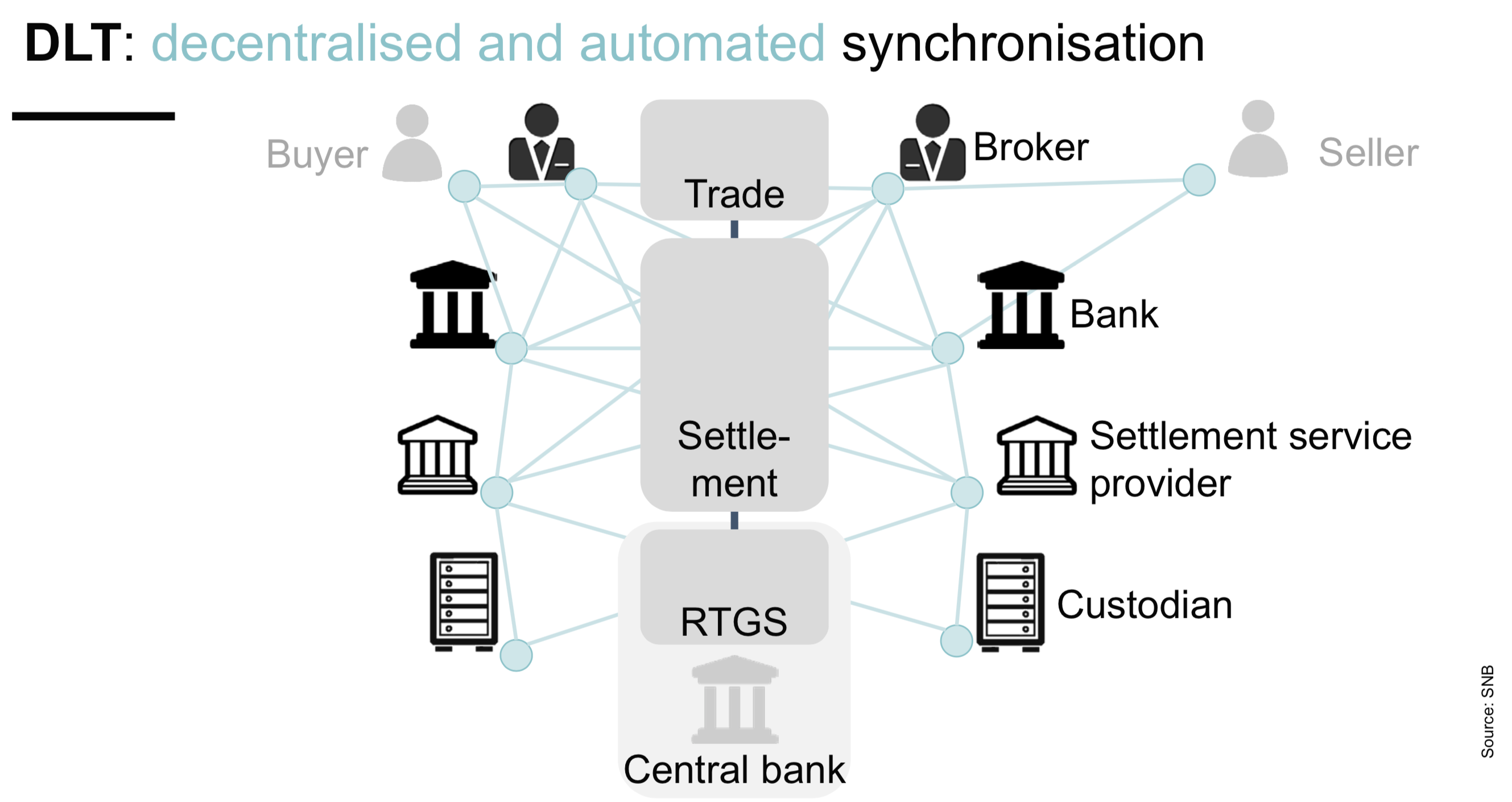 She further said they might even consider tokenizing the franc, but only in a very limited way for use solely between the central bank and commercial banks.

Yet the people of Switzerland are to decide in a binding referendum whether the monetary system and the payment system should be changed in one key area.

When Maechler says the central bank is the banker’s bank, she means commercial banks have the means to make digital payment of actual cash, that is in central bank money, or SNBmoney, or as we call them, senbi for short. That being real money, which currently acts as sort of like the gold standard in the banking system.

Citizens, however, do not have such means. When an ordinary individual or a company wants to make a fiat payment over the internet, they first have to give coins or paper money to the bank. These cash notes are then turned into digital numbers on a debit card. These digital numbers, however, which we all consider money, are actually not even legal tender.

That’s not to mention the default risk of the bank and so on, or the bank just withholding your money, especially during crisis.

A binding referendum on June the 10th is to decide whether the central bank must make available their senbi accounts to the public. So that individuals can then transact with actual, real, digital cash.

Or if they do tokenize them, then the token would be open to all, rather than limited to just banks. From a tech perspective that would have significant implications because then you’d be turning money into code, allowing you to give machines bank accounts.

It is in the context of this referendum that Maechler is saying no to central bank digital money, but of course the matter is not for her to decide at this point.

The matter is now for the people of Switzerland, who have been asked to make the biggest decision in a century, and perhaps since the nation’s founding, in so determining just what is money.

Is it debt, created by commercial banks as they please, in booms and bust cycles, inflating asset prices while wages remain stagnant?

Or is it something only the central bank creates out of thin air, then is made accessible to all directly from central bank accounts, with profits from the created money going to the taxpayer through the government?

There is no more difficult decision the people have been asked to vote upon. And here at Trustnodes we remain undecided, because even though we are quite fond of cryptos, we do not yet have full information regarding the current fiat system.

In particular, what role does interest play in this debt based system? Moreover, if banks can so create money out of thin air and earn interest on it, what provisions are there to ensure the poor or the just about managing can access loan facilities and more importantly can access mortgages?

Because if this money is being created out of thin air, and the benefit of it through interest goes only to commercial banks while the cost is born by all through inflation, then you’d think the banks would have a public duty to guarantee certain basic facilities, such as the ability to buy a home rather than burning money on rents, or the ability to access a loan for business or otherwise.

In the absence of such public duty, then the benefit and cost balance does appear quite skewed. Yet that should be balanced against the central bank taking on a far bigger role.

But we do find tokenized fiat accessible to all significantly appealing, yet that digital cash like aspect does have problems of its own.

Which means currently the only thing we are sure of within this subject is that the fact the referendum has even managed to reach this stage means governments, especially in Switzerland but across the free world, must accommodate and even facilitate alternatives to debt based money, such as cryptos.

Because debt based money does have problems, and at times such problems can amount to a systemic collapse. Yet to instantly change that system might be less preferred than facilitating an alternative. With the two living side by side until one gradually, in a smooth incremental transition, overtakes the other.

But we’ll always trust the judgment of the Swiss people. In this case probably the judgment of Swiss fathers and mothers who benefit from the long perspective of history in deciding a monumental question: just what is money?