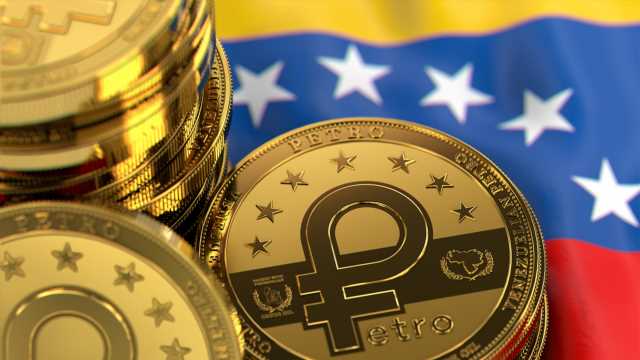 President Nicolas Maduro stated that Venezuela was a pioneer in cryptocurrency adoption in Latam in an interview with Bloomberg last week. Venezuela is still one of the first cryptocurrency volume movers in South America. However, the petro token, its official cryptocurrency, has failed to pick up steam in national and international markets.

Venezuelan President Nicolas Maduro reaffirmed the pioneer action that Venezuela had on crypto adoption in Latam. The statements were given during an interview offered to Bloomberg, where he also referred to geopolitics and sanctions-related topics. Maduro was quick to ascertain that the country was one of the first to give cryptocurrencies a pivotal role in monetary policy. Maduro stated:

Venezuela created a cryptocurrency the Petro and created a worldwide cryptocurrency operating system, which has allowed many people to do national and international trade and has opened a window to the consumers of Venezuela.

Venezuela created the Petro network back in 2017 when cryptocurrencies had much less importance in world markets. The first objective behind its issuance was to sidestep economic sanctions imposed by the United States. According to other media, it was also a secret joint venture built with Russian aid.

Venezuela is one of the countries with the biggest cryptocurrency use in Latam, with peer-to-peer markets like Binance moving millions of dollars monthly. Cryptocurrencies play an important part in the lives of a great number of Venezuelans.

The State of the Petro

However, the petro token has not gained the same popularity as other crypto assets. It failed to pick up steam both as a medium of exchange and as a store of value in the country.

At one time, thousands of stores accepted petro as payment via Biopago, a bank-linked platform. But that has changed. The government stopped exchanging these petros for bolivars instantly. This meant businesses had to face volatility on the petro market and trade petro on a secondary exchange market. This made accepting petros unpractical, and it is unlikely to change in the future.

However, cryptocurrency penetration in payments is still really small in Venezuela. U.S. dollars or the national fiat currency, the sovereign bolivar, constitute the most popular ways of paying for goods or services.