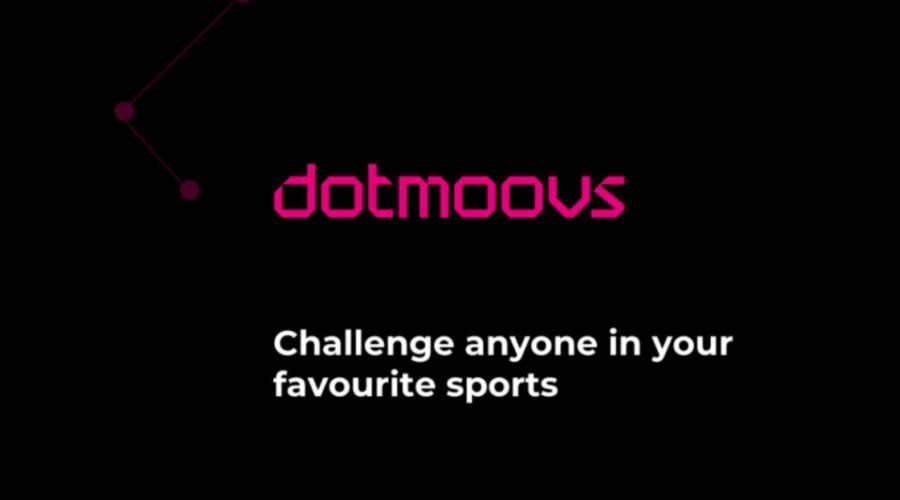 Blockchain startup dotmoovs is one step closer to revamping the concept of competitive freestyle football. Gamifying competitive sports on the platform and having footage analyzed by artificial intelligence creates an unbiased system where everyone can showcase their skills and earn rewards. The project has also welcomed Luis Figo and Ricardo Quaresma as brand ambassadors in recent weeks, confirming the need to gamify com petitive sports in this modern age.

With the MVP launching today, June 28, the team will bring its vision to a much broader audience. The MVP launch will also usher in a new interactive option for users and enthusiasts of freestyle football.

The winner of every one-on-one freestyle football contest can earn MOOV tokens or Non-Fungible Tokens. Thus, winners will always be incentivized to take on more significant challenges, whereas the other party will have a chance to improve their skills and challenge anyone else in the world. With the help of blockchain technology and artificial intelligence, enthusiasts worldwide can compete against one another without leaving their location.

The world of freestyle football is on the cusp of a revolution. With the MVP launches, dotmoovs will add a landing page to their website to upload videos of themselves juggling a soccer ball. All the footage will be gathered and evaluated by the native AI solution. As part of its analysis, the artificial intelligence will analyze the number of juggles and subtract any penalized moves, like hand touches.

Users will receive their score shortly after submitting the video, as well as a thorough analysis of their performance. It is a great way to help enthusiasts grow their skills and an incentive for those who perform well to figure out where their growth margin is located. In addition, those who successfully juggle the ball a higher number of times will gain an exclusive benefit: they can access the dotmoovs staking pools, which will open on June 28.

dotmoovs has successfully raised $840,000 to build its competitive blockchain-based  sports venture. Investors include Morningstar Ventures, AU21, Ascensive Assets, and others. Moreover, the Moonrock Capital and Morningstar Ventures teams aim to serve as an incubator for the dotmoovs project and provide any assistance necessary. Fostering the growth of the NFT platform and its staking pools is essential when combining sports, blockchain, and on-fungible tokens under one banner.

dotmoovs is the first crypto mobile worldwide competitive environment. The platforms allow users to compete with others around the world just by bringing their skills, ambition, and smartphone. dotmoov’s AI-based video referee will assess their performance in real-time. Powered by blockchain technology, sport competition will enable fair challenges and access to unique digital assets.