Nasdaq, a Stock exchange operator, released its second quarter financial results on Wednesday. Looking at the results, the company saw overall growth year-over-year, with market services contributing the most to the increase.

According to the report, net revenues for the second quarter of 2018 was $615 million. This was a 3% increase compared to the second quarter of 2017.  The increase in revenue was a result of organic revenue growth, the positive impact from changes in FX and revenue reduction. For revenue, market services contributed to 39% of the total net revenues. For the segment, earnings came in at $237 million this is up $15 million, or 7%, from the same period last year.

During the second quarter, the New-York based exchange operator finished the divestiture of its Public Relations Solutions and Digital Media Services businesses. According to the statement, this was a key step in the company’s strategy to maximise its opportunities as a capital markets technology and analytics provider. As a result, the revenues were partially offset by a $27 million net negative impact.

Fixed income and commodities trading and clearing revenues were also up year-on-year. For the second quarter, revenues for the segment came in at $21 million, up by $2 million. From this $1 million was organic growth due to higher NFX (neutral foreign exchange) net revenues. The other $1 million was from changes in forex rates.

Revenues from brokerage, clearance and exchange fees were also up year-over-year. For the second quarter, revenue was $104 million. This is an increase of 9.6% from the same period last year, which had a revenue of $94 million. 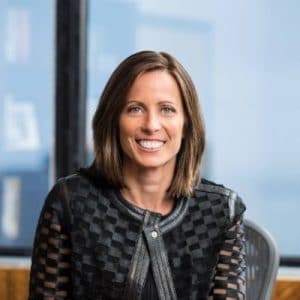 Commenting on the results, Adena Friedman, President and CEO, Nasdaq said: “I am pleased to see another period of strong organic growth in the second quarter of 2018, in particular the portion of that growth sourced from expanding the ways we serve our clients.

“Additionally, we are continuing to build for the future by strategically repositioning the company, as demonstrated by the completion of our business divestiture in April and our continued organic investments to implement the Nasdaq Financial Framework technology offering and advance our information services businesses.”