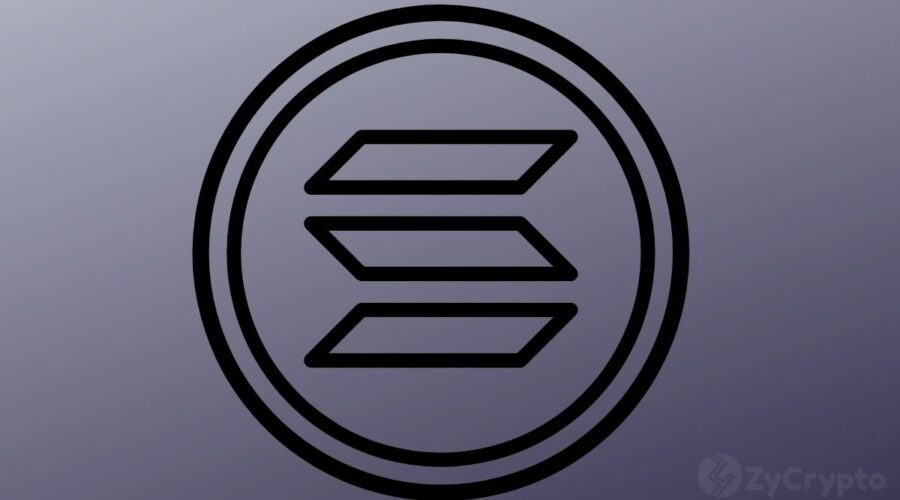 Iconic American Singer Jason Derulo has been having a blast off Solana’s parabolic move having predicted a bullish move by the coin in June this year.

On Friday night, the elated singer tweeted that he had placed a bet on Solana’s price skyrocketing in June expressing his amusement at how his prediction had unfolded, rewarding him with massive profits, which he did not disclose.

Going by stats, Solana hit a low of $20.19 in June this year following a 189.15% drawdown from a high of $58.38 in May. This means that if he had purchased the asset in June’s all-time low, his portfolio balance should have been 631.55% up at the time of this report. On Saturday morning, the singer confirmed that he was still riding the asset.

The tweet elicited a lot of positive comments from his followers with one particular crypto analyst asserting that the bullish move was only beginning.

“And it is only starting. More functional than Cardano and valued many times less-I started smoking Solana in February. My last experience with Ethereum was during The DAO hack & fork. I tried to come back to Ethereum many times before but it is unusable in its current state. Now I’m using only Solana”.

Solana has been on a spirited northwards surge since it broke out of a tight sideways price squeeze in late August as investors hop into purchasing the coin in the belief that is better suited to flip other peers in the future given its scalability and layer 2 POS solution which has proved fast and efficient compared to its competitors.

The network which describes itself as “the world’s most performant blockchain” has been working on an array of high-end projects through public hackathons and internal developer activity aimed at scaling its L2 activities which have come out with resounding success.

Solana’s network beats most competitors through its high speeds, low fees, and its design which have helped hundreds of projects take off and quickly scale to billions of users around the world. Currently, Solana is already used for a plethora of projects, including DeFi apps, games, Web3 products, NFTs among others.

In the past few days, Solana has flipped Dogecoin to take the seventh largest position by market cap according to CoinMarketCap, inching closer to Cardano at third position and Ethereum in the second position, which is considered its biggest competitors in terms of smart contract platforms. 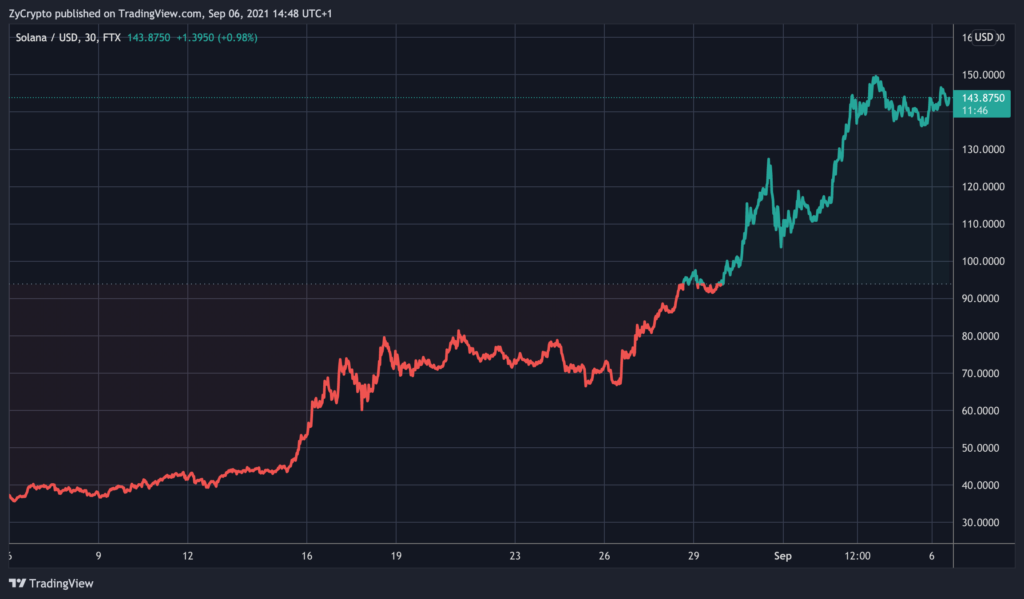 At press time the asset’s price was changing hands at $142 after reaching an all-time high of $150 on Saturday.