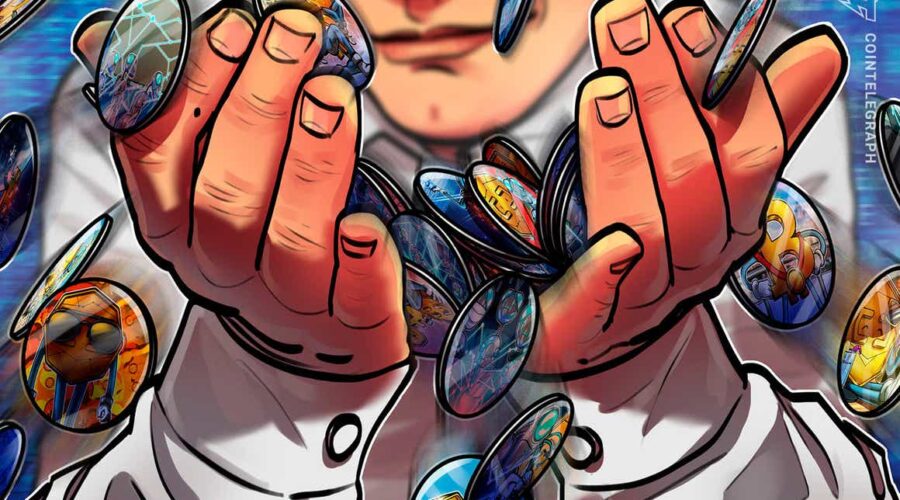 The former CEO of thnow-defunct crypto exchange Mt. Gox has announced that certain users will be eligible to receive commemorative nonfungible tokens, or NFTs.

In a Monday announcement on Twitter, Mark Karpelès said that crypto users who were Mt. Gox customers between 2010 and 2014 — during which time the exchange was hacked and subsequently declared bankruptcy — could register to claim a free NFT. According to the CEO, the offer extends to users who had a balance or have claimed losses from the defunct exchange.

“Mt. Gox customers are early adopters, some of them were on BitcoinTalk when Satoshi Nakamoto was still posting,” said the project website. “A new token or NFT airdrop is a great way to engage users and at the same time erase a bit of the loss incurred in Mt. Gox.”

Mt. Gox users are required to verify they were customers of the exchange who registered accounts before Feb. 25, 2014. The NFTs will be ERC-721 compliant, issued on the Polygon blockchain and identified according to users’ Mt. Gox account numbers as well as their remaining balances in Bitcoin (BTC) and Japanese yen — though including the balance is optional.

“A hardcoded limit will prevent any NFT from being created outside the range of Mt. Gox accounts. This minting method will not have owner-only limitation, but instead will require an externally signed token to be issued to users who have completed verification.”

First launched in 2010 by programmer Jed McCaleb and later purchased by Karpelès, Mt. Gox was once one of the largest exchanges in the world. However, a 2011 hack, which resulted in the loss of 850,000 BTC — $460 million at the time and roughly $40 billion at the time of publication — as well as the exchange’s collapse, left thousands of crypto holders out of pocket.

Nobuaki Kobayashi, the trustee for Mt. Gox, has worked to compensate creditors of the exchange for years, announcing in November 2021 that a rehabilitation plan filed in the Tokyo District Court had become “final and binding.” However, according to the commemorative NFT website, the NFTs are “fully independent” from the Mt. Gox bankruptcy case and “100% self-funded.”

Though the recently announced NFTs are seemingly the only “official” ones to have come out of the Mt. Gox collapse, some crypto users have latched onto the controversy surrounding the exchange’s hack and bankruptcy since 2014. One of the cards from Spells of Genesis, a blockchain-based game featuring trading cards, parodies a photo of crypto trader Kolin Burges protesting outside the exchange’s Tokyo headquarters in 2014 with a sign asking “Where is our money?” The game issued 700 of the “Gox, the Fallen Mountainlord” cards in 2015.

The project’s whitepaper also said the NFTs could be modified to include art after being published and hinted at other use cases:

“Owning a Mt. Gox NFT proves you’re OG. You were there in the early days of Bitcoin, and now you can prove it on the blockchain […] it is possible to leverage this in the future in ways that aren’t known yet.”