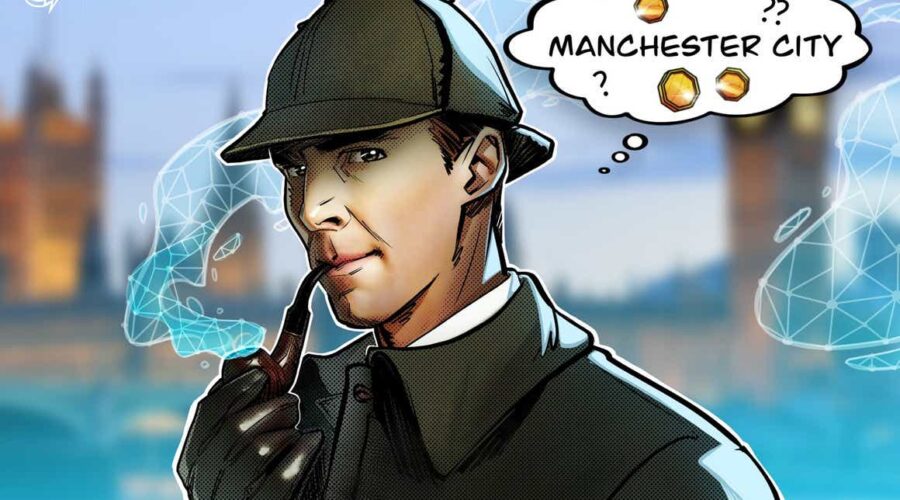 English Premier League football club Manchester City has suspended a partnership with a startup crypto firm after seemingly not doing its due diligence prior to signing.

According to Daily Mail reporter Jack Gaughan, Manchester City is currently “conducting further enquiries” regarding 3key Technologies, the crypto firm with which the club inked a deal on Nov. 12. At the time, the football club said it would be collaborating with 3key to raise awareness of its reported decentralized finance, or DeFi, trading analysis products as a regional partner.

However, Manchester City is reportedly backing away from the agreement after online searches as reported by The Guardian revealed that the company’s executives had little if any digital footprints, with the information given seemingly unverifiable. Cointelegraph was unable to locate contact information for Ryan Hodder, named as 3key’s chief marketing officer in the announcement.

“The closest anyone has come to verified information is a photo of a man with a ginger beard in a checked suit who may or may not be 3Key’s ‘chief growth strategist’ Jacob Caine,” said Guardian reporter Paul MacInnes.

Though it is possible that 3key is a company providing legitimate services in the DeFi space and its higher-ups are simply choosing to keep a low profile online, the lack of available information is suspect. Many high-profile figures were duped into promoting scam token projects during the 2018 ICO boom including actor Steven Seagal and boxing promoter Floyd Mayweather. However, it is unusual for an organization such as a Premier League football club to publicly announce a partnership with a relatively unknown company in the crypto space and then quickly back out without explanation.

Manchester City is reportedly the sixth most valuable football club in the world, with an estimated value of $4 billion, according to Forbes. Outside of the 3key agreement, the club also announced in March it had partnered with fan engagement platform Socios.com to launch a fan token on the Chiliz blockchain.