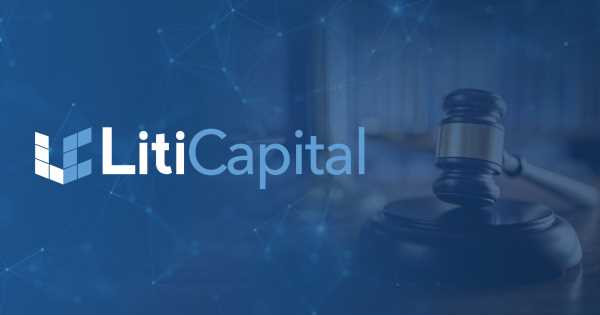 PRESS RELEASE. Geneva, Switzerland – Liti Capital SA, a Swiss Litigation Finance company, recently fulfilled their promise to find the con artist that stole $250,000 from a popular YouTube influencer. Less than 48 hours passed from the commitment, indicating the competency of the international investigative team. Liti Capital tokenized the equity in their new company in order to lower the barrier of entry for a wider pool of potential investors. If they are the victims of a crypto scam, token holders will have the option to bring this to the attention of Liti Capital, who will use 5-10% of their funds to pursue such cases.

Many cryptocurrency investors have experienced fraud in their lifetime. The influencer in question, named Joel “Coach K” Kovshoff, fell victim to a particularly inventive and elaborate trap. He is one of the few to tell his story to a wide audience, as these events can be damaging to one’s reputation, and most prefer to keep silent. Kurt Ivy at Splyt caught wind of the video and brought it to the attention of Liti Capital, who then reached out to Joel and learned his story, and then decided to help.

“These guys are acting with complete impunity,” David Kay, international litigator and CIO of Liti Capital said, “They’re so sure they won’t get caught that they don’t even cover their tracks. They don’t think anyone’s coming. Well, we’re coming.” This con artist in particular used a fake identity and fake documentation to create a pseudo-legitimate persona in order to gain Joel’s trust. He also found him in public places and worked hard to befriend him. He mentioned that a company Joel had worked with before, JD Capital, had CertiK available for purchase. When Joal made the purchase, the con artist never completed his end of the transaction.

The Liti Capital, as individuals, have been highly successful in their careers and have experience working all around the world. They and Joel Kovshoff have given the con artist an opportunity to give the money back, with interest. Otherwise, they will take action.

“The same tools we deploy to investigate international cases are the ones we will use to identify and pursue crypto scammers,” Jonas Rey, Co-Founder and Managing Director said, “My team of investigators and intelligence officers have found the con artist in question, his personal information, where the money is, and have engaged with counsel and security at his location. We will give him the weekend to reach out to us.”

Liti Capital uses two tokens, the LITI and the wLITI. The LITI launched Thursday, June 24, 2021, at 11:59 PM EDT. The wLITI will launch on Tuesday, June 29, 2021, at 6:00 PM EDT. Investors may purchase the LITI on the company’s website. The wLITI will be available to be traded for on Uniswap

Liti Capital is a Swiss Limited Liability Co specializing in Litigation Finance and FinTech based out of Switzerland. Liti Capital buys litigation assets to fund lawsuits and provide a complete strategic solution along with connections with the best law firm to help its client win the case. Tokenized shares of the company lower the barrier of entry for retail investors, give token holders a vote in the decision-making process, and distribute dividends to token holders upon the success of the plaintiff. Co-Founder Jonas Rey heads one of the most successful intelligence agencies in Switzerland, Athena Intelligence. His two co-founders, Andy Christen and Jaime Delgado bring operational, innovation and technical skills together to round out the leadership team. David Kay, CIO, ran a billion-dollar NYC private equity litigation finance firm before joining Liti Capital.

Connect with Liti Capital on LinkedIn

This is a press release. Readers should do their own due diligence before taking any actions related to the promoted company or any of its affiliates or services. Bitcoin.com is not responsible, directly or indirectly, for any damage or loss caused or alleged to be caused by or in connection with the use of or reliance on any content, goods or services mentioned in the press release.