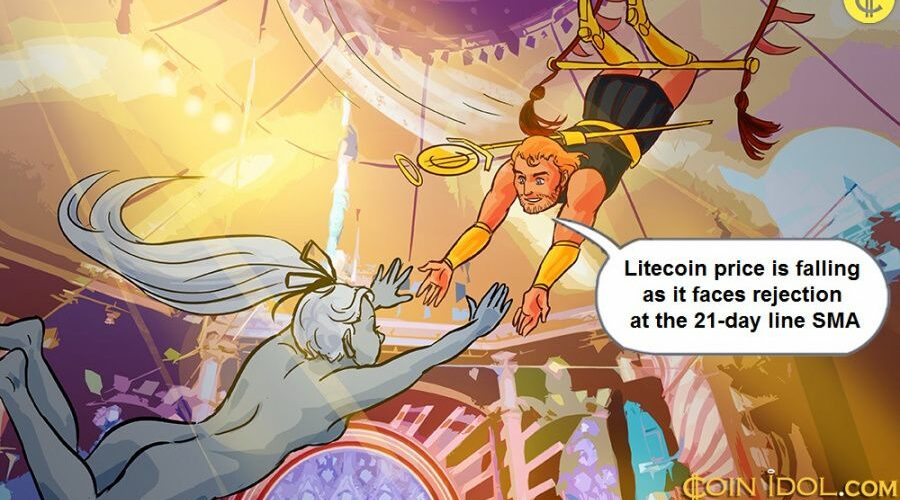 Litecoin (LTC) has continued to fall as bears break through $145 support. For the past month, Litecoin has been fluctuating between the $145 and $200 levels.

Yesterday, June 21, the bears managed to break through the $145 support, leading to the current downtrend. Nonetheless, the bears have pushed the cryptocurrency to a low of $122 after the initial breakdown. Litecoin is nearing another low at $118.

Last month, on May 23, the bulls bought the dips at the same price level as LTC rallied to $200. LTC/USD could move back up if support at $118 holds. However, if the price breaks this level, selling pressure will increase again.

Litecoin price is falling as it faces rejection at the 21-day line SMA. The LTC price is at the 30 level of the Relative Strength Index of period 14, which implies that the market has reached the oversold area of the market. Litecoin is below the 20% area of the daily stochastic. This indicates that the altcoin has reached the overbought region of the market. Buyers are expected to emerge in the oversold region. 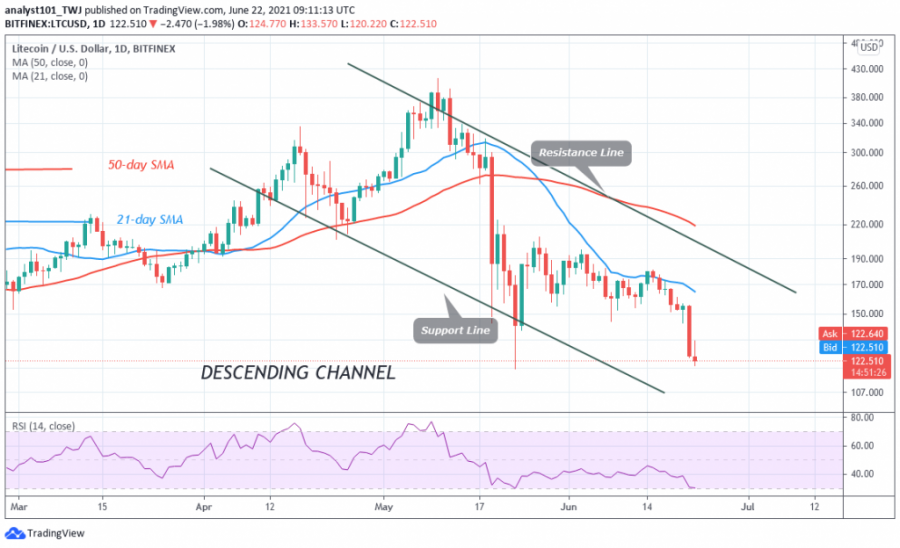 What is the next move for Litecoin?

Litecoin is in the bearish trend zone. On May 28 downtrend; a retraced candlestick tested the 61.8% Fibonacci retracement level. This retracement indicates that the market will fall to the 1,618 Fibonacci Extension level or the $141.42 level. From the price action, Litecoin has broken below 1.618 Fibonacci extension. LTC has fallen on the downside. 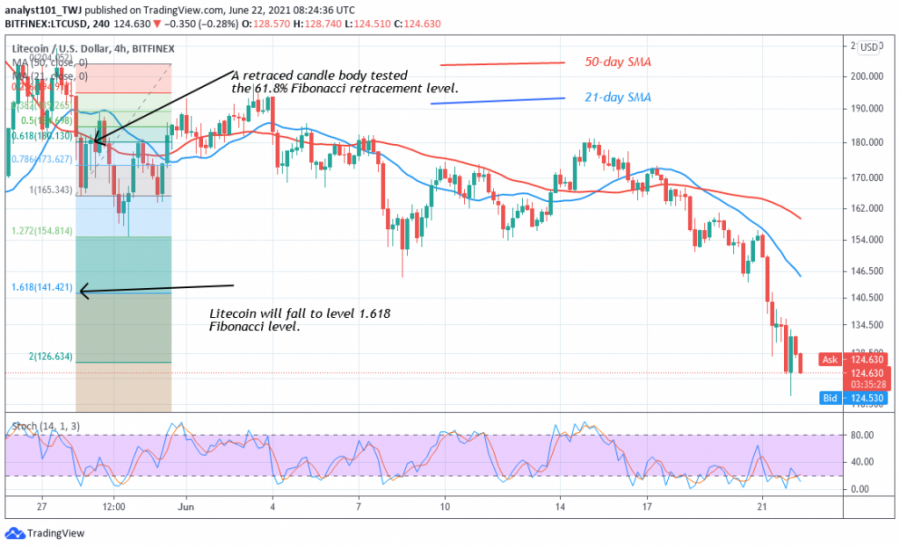 Disclaimer. This analysis and forecast are the personal opinions of the author are not a recommendation to buy or sell cryptocurrency and should not be viewed as an endorsement by CoinIdol. Readers should do their own research before investing funds.