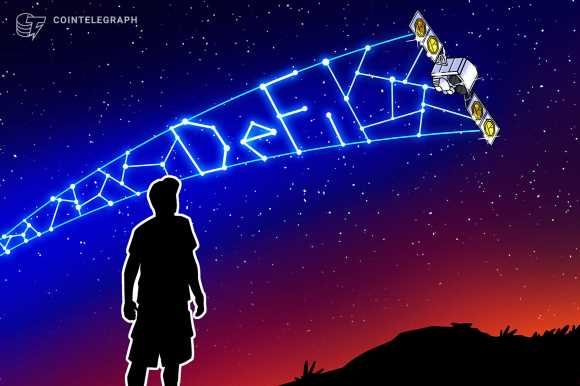 Shortly after culling its community of inactive members, one of decentralized finance’s (DeFi) strangest experiments is launching a new stablecoin lending product.

On Wednesday Inverse Finance revealed the Anchor Protocol, a money market built around DOLA, a protocol-native synthetic stablecoin. Based on “a modified fork of Compound,” in a blog post Inverse Finance founder Nour Haridy compares Anchor to Synthetix, which issues credit in the form of synthetic assets back by overleveraged collateral, and Compound, which issues credit in the form of crypto asset loans also backed by overleveraged collateral.

Ultimately, Haridy sees these models as providing the same utility.

“Lending and synthetic protocols both offer the same service: credit. Anchor brings the gap between them by combining them into a unified borrowing protocol.”

Anchor aims to accomplish this with a unique architecture that always treats the DOLA token as “$1 collateral that can be used to borrow other assets regardless of DOLA’s market conditions or peg.” Users deposit collateral, mint DOLA, and then can use DOLA to take out loans in other crypto assets or simply earn yield on DOLA.

“For over-collateralized borrowers and leveraged traders, we offer them a one stop shop where they can share their collaterals across their synthetic and token borrowing positions, allowing higher capital efficiency and higher leverage,” says Haridy.

Haridy envisions Anchor will use DOLA for protocol-to-protocol lending similar to Cream’s Iron Bank, for undercollateralized lending (long a prize in DeFi), and for the protocol to “lend itself” credit to pursue yield farming opportunities.

Perhaps more interesting than Inverse’s development at the protocol layer are the moves they made earlier in the week at the governance layer.

Haridy says that the timing was intentional — right as Anchor, a protocol that might generate revenue for the DAO, prepares to launch, the community sheds freeloaders.

“We needed to weed out our dead weight to reclaim some tokens for re-distribution to new active members soon. We also created an INV grants committee with the power to reward contributors and add new members to the DAO. Additionally, when free riders are removed, active members become more incentivized to contribute because they get a larger piece of the pie.”

While the unprecedented move may seem harsh, it’s also simply applying to governance the kind of aggressive style that put Inverse Finance on the map in the first place. By forcing token holders to participate under the threat of seized tokens, it’s helped with the development of Anchor as well.

“This is a collaborative effort among many DAO members starting from ideation to development to internal reviews and testing,” says Haridy.

The next step for Inverse will be getting Anchor off the ground, and preparing for a world in which INV becomes tradable. Haridy says there’s a growing consensus in the community for tradability. This would mean that the DAO would give up the power to seize tokens, which could alter Inverse’s community landscape.

Haridy, however, seems unfazed by the looming shifts, already preparing the next innovation.

“This will significantly change the existing incentives and may reduce participation. Fortunately, there’s some work on a new alternative governance model that’s been happening internally to address this problem.”