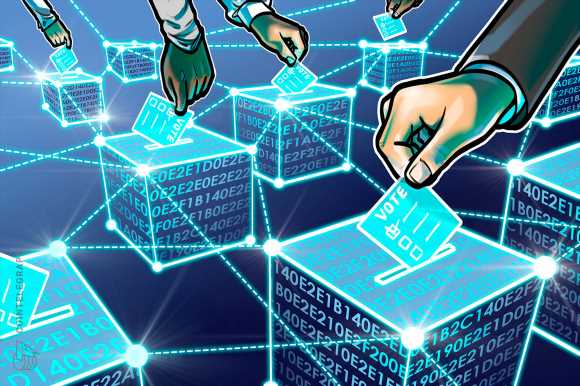 The controversial $1 trillion infrastructure bill will see a vote in the U.S. House of Representatives without any amendments to the crypto tax provisions by Sept. 27.

The vote was agreed to after the House narrowly approved the Democrats’ $3.5 trillion budget blueprint in a vote of 220 to 212. Despite some initial pushback from moderate Democrats, the dissident voters were swayed after House Speaker Nancy Pelosi committed to pass the bill before Sept. 27. Pelosi stated:

“I am committing to pass the bipartisan infrastructure bill by September 27. I do so with a commitment to rally House Democratic support for its passage.”

In late July, last-minute cryptocurrency provisions were added to the infrastructure bill in a bid to raise a further $28 billion through expanded tax obligations for the crypto sector.

However, the loose language contained in the bill sent shockwaves across the crypto community and analysts believe it will impose stringent third-party reporting requirements on network validators and software developers who would be unable to comply with the newly mandated obligations.

The Senate appeared poised to pass compromise amendments to the bill that would specifically exempt network validators and software developers in early August, but owing to one dissenting Senator the legislation ultimately passed through the Congress without alteration.

However, a Treasury Department official has sought to offer the crypto industry a glimmer of hope, telling CNBC that reporting requirements will not be imposed on entities that are unable to comply.

The anonymous official indicated that the Treasury intends to conduct detailed research to understand which actors within the crypto sector can adhere to the new reporting requirement.

However, the official’s comments were of little comfort to Coin Center executive director Jerry Brito, who emphasized that the bill’s language currently requires reporting on transfers as well as trades. Brito also highlighted that any crypto transaction valued at more than $10,000 will need to be reported to the Internal Revenue Service alongside personal information on the counterparty.

“I appreciate that it seems to be Treasury’s intention to get this right […] but please don’t accept the narrative that folks in crypto are overreacting about this provision,” he added.

Commenting on the lack of amendments to the infrastructure bill, executive director of The Blockchain Association, Kristin Smith, described the events as “unfortunate but unsurprising.”

“However, this is not the end of the process,” she stated, adding:

“The Blockchain Association, our 46 member companies and the newly-energized, nationwide crypto community will rededicate our energy to supporting technology-neutral, pro-crypto legislation and regulation — on this specific tax issue as well as broader crypto policy.”

25/08/2021 Crypto Comments Off on Infrastructure bill set for a vote by Sept. 27 with no changes to crypto tax provisions
Markets