Last night, top 3 cryptocurrency exchange Huobi announced that they would be launching a ‘Main Force’ Crypto Market Index that consists of the “10 most promising virtual currencies based on trading volume, market capitalization and technological superiority.” 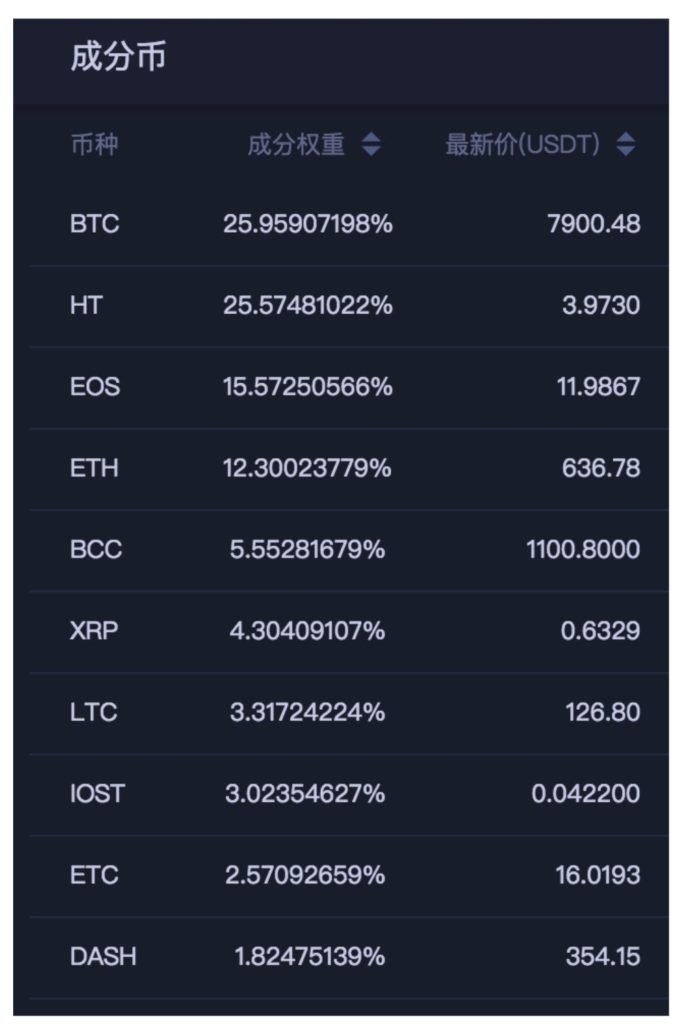 Huobi consistently ranks in the top 4 virtual currency exchanges by volume and has been positioning itself to take on Binance over the last several months, extending coverage to Korea and opening offices in San Francisco and London to compliment its presence in Hong Kong and Singapore. It also recently poached an executive from OKEx, another top 4 cryptocurrency exchange.

Taking a closer look at the cryptocurrencies listed, while 8 of the coins are familiar to many and are stalwarts of the top 10, there are two notable entries whose inclusion may signal bigger things to come. HT or Huobi Token is the native token of the Huobi Pro exchange, and stands to experience a similar rise in popularity to Binance coin as Huobi gains visibility and a larger market share. IOST or Internet of Services Token is the other newcomer and was the first project to be incubated by Huobi labs. IOST is a platform coin that has been making significant moves over the last several months, signaling its capability to contend with other major dApp platforms. It’s young and talented team is building their blockchain from the ground up and has backing not just from Huobi but also major funds like Sequoia China and Zhenfund.

This index is yet another step towards legitimacy for the crypto world and likely signals a coming wave of similar indexes from the other major exchanges as they contend for the top spot.