Optimism that negotiations between the United States and China over recent trade tensions has taken a hit and investors are getting impatient, according to Wall Street veteran Peter Boockvar.

Boockvar’s comments came after President Donald Trump said late on Thursday that he had told the U.S. Trade Representative to consider $100 billion in additional tariffs on Chinese products given what he said was China’s “unfair retaliation.”

“Any hope that this spat with China was going to stay contained with an ultimate agreement at the end of the day just got thrown under the bus,” Boockvar, who is chief investment officer at Bleakley Advisory Group, said in an email following the most recent development in an escalating tit-for-tat on U.S.-China trade relations.

“Markets are deservingly losing patience with the administration’s approach to this,” he said.

U.S. Trade Representative Robert Lighthizer said those new tariffs would not be imposed until a public comment process was concluded.

Despite that attempt to downplay tensions, U.S. stock index futures tumbled on the back of Trump’s statement, with Dow Jones industrial average futures indicating a more than 400-point drop at one point.

Trump’s statement came after China on Wednesday unveiled a list of 106 U.S. products, including soybeans and cars, that face additional tariffs, although no start date was announced.

That, in turn, came hot on the heels of the Trump administration’s announcement that it intended to target a list of Chinese imports for what it deemed unfair trade practices.

Boockvar told CNBC on Wednesday that China’s retaliatory tariffs would further weaken the market, raising the cost of doing business for American companies and diminish business for the U.S.

— CNBC’s Patti Domm and Kellie Ell contributed to this report. 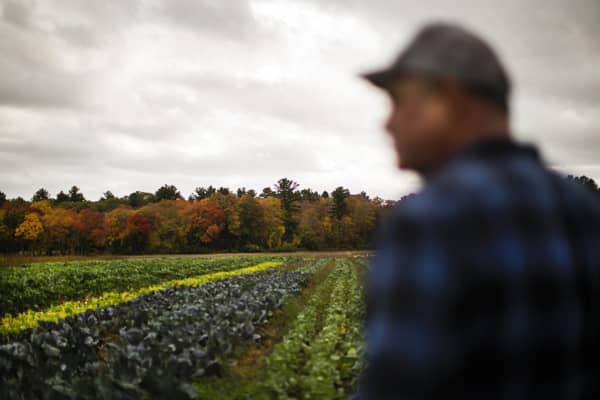